A Review of The Succubus and her Girl by Jamie White

A Review of The Incubus and The Others by Trent St. Germain 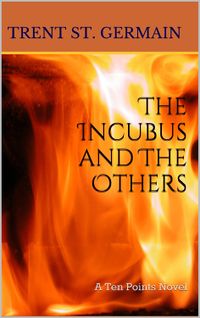 The Incubus and The Others by Trent St. Germain

The singular truth about humanity, and for that matter, all sort of beings, is that there are aspects of our personalities that lord over us. Some of them can be good, others not so much so. Perhaps some of the most terrifying are the ones we think are completely above us but are our worst. What we think, because it has always been that way, is acceptable.

There is such a thing as losing control, of being greedy, thinking that one can make the world do their bidding for a prize thought unobtainable. The question that hardly ever is asked comes to: What does it cost and who pays for your greed? Beyond that then, who offers the answer and what do they collect from you in return?

The Incubus and the Others, is a supernatural thriller and family tale that examines social mores and hypocrisy in ultraconservative north Louisiana.

Marcus Lanehart has lived a lonely life in San Diego. He is haunted by recent loss in his personal life, as well as being disowned by his family five years ago. Most of the aristocratic, wealthy, and right-wing Lanehart family still lives under one roof at Ten Points, a former Louisiana cotton plantation in the family for nearly 200 years.

Marcus drops everything and returns home after the death of his father, but a dysfunctional family of varied characters is the least of what awaits him. Marcus’ older brother Geoffrey has fallen under the influence of Conrad, a demon whose sadistic and sometimes sexual manipulation of the household—and uninvited invasion of Marcus’ dreams—sets the stage for the affluent family’s ultimate destruction.

Marcus has suffered a loss, one of many in his life, and the troubles are not finished. Summoned home to a family that does not want him, to a funeral for a father that disowned him, he finds that things are not as they seem. There is a presence, one that has plans for him and his estranged family and nothing will be the same again.

I do enjoy works that have detail, a story, fully realized characters and, most importantly, that there is growth in the characters as the story unfolds. All of these points are in this work and the author does service to each character, making them stand out in their own way. Along with this comes their personalities, what they believe in, their bias, troubles and more. None of the characters are simply “there” in the story, each one matters, the story drives that home, and it makes for a gripping read at times.

There are moments however where a character expresses something about themselves which is, at least for me, quite distasteful and the thing is, this happens a lot. Now, a lot of that simply is who the characters are and what their beliefs are. But in this happening, it is hard to find characters to like as the story goes onwards. Really the only character to like is Marcus. That isn’t a matter of picking one character that is likeable out of the others but something more than that.

It comes to just how the other characters are so self-absorbed, plotting and scheming and so on. There is so much friction within the family as a whole, so many secrets, both known and unknown, that there is a scene of waiting for the other shoe to drop so to speak and to see what happens to them all. It is very much like watching a train wreck and not being able to look away. But that isn’t a bad thing, in fact it adds to the author’s craft, adds levels of conflict, and points the story in its ultimate direction.

While the family drama unfolds, the author manages to allow the supernatural aspects of the story to slowly seep in over time and when the work makes the turn, becoming more supernaturally focused, that fit into the puzzle quite well. One does have to pay attention to the story, remembering the past moments as the reveals come quickly, things change, and the conflicts come to a head.

There is really, as a whole, very little erotica in the work, and I think that is how things needed to be. There are hints of things happening “off the page” and what does appear does not take away from the focus on the work. The handful of erotica that appears is simply a bit of colour to the greys which the rest of the story uses to make the plot advance onwards.

Conrad, the incubus of the work, is a mystery throughout most of the story, the reveal at the end about why all of this happened is a bit of a shock, but in retrospect makes sense, at least from his perspective. He is, to be clear, more “demon” than “incubus” but again there needs to be a centre of the evil that unfolds in the story and he fills that need. Like so many of the other characters, there is little to like about him, but then that is the point.

He does show some of the aspects of an incubus, including being in dreams, some mind control and other aspects, which do work. I have to say that the mind control/hypnosis parts of the work felt “right” and were not over the top which I applaud the author for not falling into that trap.

The horror aspects are quite brutal at times, some of which I didn’t care for, and at the climax of the work, there is a moment which simply made me extremely uncomfortable. In that moment, just how dysfunctional this family is comes to the surface and, in all honesty, it was just about the most difficult thing to read in the entire work. It had to be, make no mistake, considering all that happened otherwise in the work, but it was very hard to get past for me at least.

The work comes to a close that points directly towards a sequel, and in that comes both promise, on the one hand, and a lot of questions needing answers for. Considering how the entire story unfolded, the final pages of the work didn’t actually surprise me at all. Interestingly, how this work ends again points out that there isn’t a character in the story that doesn’t have a purpose or meaning. I think that’s excellent work by this author.

I look forward to seeing where this series goes from here. I admit that some of the characters I don’t care for. Some of the moments are hard to read at times. But that simply reflects the author’s writing ability and how they can make the story work in the midst of such a group of people. The only real criticism I have mainly is that there might be a little too much detail in the work over the places and settings than needed to be. I can understand needing to set the stage for the drama to play out upon it, but at some point the background has to fade into the background and the story needs to move onwards.

Simply the most amazing writing that tells what is, as a whole, the most difficult of things to read. There are moments where I had pause, and yes, some points where I was uncomfortable with the events that occurred, but at its core, the story is far more than those moments. There is a lot of promise here, the story of this family, the things that pull upon it, are far from finished and I do wonder where things will go from here.

But in all things, sometimes one soul can, and does, make the difference.