Sassy does not a Succubus Costume make

Succubi Image of the Week 388

Game characters are interesting things in that they generally don’t seem to have one very important aspect to them when it comes to Succubi. They tend to ignore the more seductive or sensual aspects of them and focus on them being stereotypical monstrous in nature. While that makes sense for a video game, it doesn’t always have to be more monstrous than Succubus… 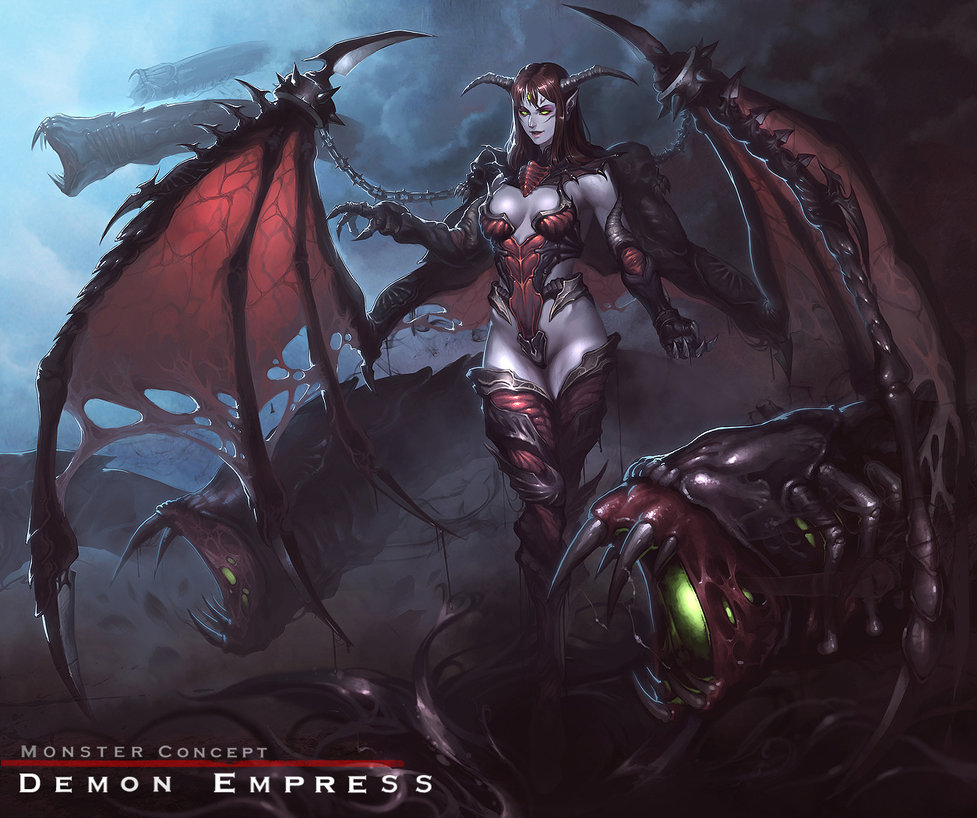 This work is called Monster : Demon Empress and is by reaper78 on DeviantArt. The original page with this work is here and this artist’s page can be found here.

While this is a rather older price of art, it has been on the web for quite some time now, it is what I think is a good example of not taking away the seductive power of a Succubus and replacing it with something more demonish. While she is dangerous, the power that she holds is quite clear to see, there is also beneath that the seductive creature that she represents.

It isn’t just that she is power, it is that she is more than one kind of power. She has strength, but as well there is a more subtle power in her. Not all battles for control have to be waged with swords and weapons. Sometimes the most effective weapons are those that catch one by surprise…

Being that she is called a Demon Empress, it would follow, at least in my thoughts about her, that she would have used all of her abilities to influence or control those beneath her… and isn’t that an interesting thought to think about?