A Review of The Incubus and the Duchess by Nickel Crow

A Review of the Haunted by Desire series by Lily Cox 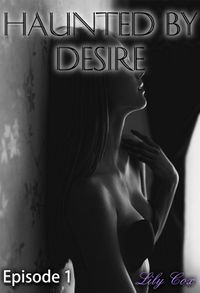 A review today on the Tale of an Incubus themed series. There is such a thing as telegraphing the ending of a series quite in advance of that arriving. As such, when that happens, the race is on for the author to keep the reader’s interest and get to the ending.

In making that happen, sometimes the path involves the characters developing. Other times the answer is to put as much erotica as possible in before the work ends. The one thing that cannot happen, though it does, is to write an ending that just feels like the author gave up on the story. That can be the biggest disappointment of all.

The series tells of:

Olivia is a young bride who tragically lost her husband a year ago. She’s finally ready to move on with her life, but it’s turning out to be more difficult than she originally thought. Will her past haunt her and keep her locked in memories of a husband she can no longer have? Or has her husband figured out a way to reach her from beyond?

A year as passed since Olivia’s husband passed on. The pain is still there, but she attempts to find a start again in her life with Ava, her dearest friend. A new place to live for them both brings with it something that haunts Olivia’s nights and, in time, all of those around her.

Overall there is a very good mix of story, which is telling, has strong characters to support it, and allows for the mystery to build in a very good way. There is also some well written hot flashes of erotica along the way, for the most part, though at some points things get a bit too rough for my own tastes. Still, in spite of this issue, there are a couple of pieces of erotica that are well done and worked very well.

The story reads, and feels, very much like a ghost story at the beginning and that carries along things until characters are possessed and then, eventually, things turn a bit ‘reality show’ for the characters. It is in the latter part, when it seems there is an incubus afoot, that things for me went a little off the rails. We never actually see the incubus, only it possessing others, at various times, and having their way with Olivia, which is their focus.

I found that, at points, the plot, and quite early, the ending where telegraphed and I found what happened along the way didn’t really surprise me very much. In fact, the first book in the series, for me, was the best of the series for the simple reason that it focused on telling Olivia’s story, laying out the characters and introducing the spirit/incubus. It is clear, almost from the first moment that there would be a dominance undertone in the series, and it sort of works at times.

Things, overall, hold together well through most of the series, though the appearance of a group aiming to help get rid of the incubus was there mainly to close some plot holes and drive the story towards its conclusion. Most of that was done far too quickly, the main characters being tangential to the ending, and I don’t think that should have been. My real disappointment however came with the last page of the series with an ending that did not live up to the rest of the series.

I felt as if the author looked for the fastest way to end things and took it, quite literally ending the series with a single paragraph that was, for me, completely expected. I had hoped for more than it was by far. If not revealing everything, and tying up the loose ends, at least ending in a way that offered closure, and more connection with, the main characters than there was.

I’ll give this series three pitchforks out of five.

Really the main problem I have is the ending. It feels very tepid with all that happened in the series. Too abrupt, not enough to make the journey to the ending worthwhile sadly, at least to me. With all that Olivia faces, and must come to terms with, a single sentence to close things just doesn’t feel right.