A Review of Enthralled by the Incubi by Adriana Belle

Costumes for Succubi shouldn’t be accessories only

A Review of Heartbreaker: Part One by Guava 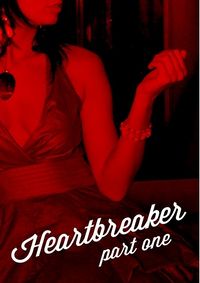 Heartbreaker: Part One by Guava

Editing is very important, This is something that every author should recognize and deal with. For example, it is not a good thing to tell a story and you keep changing the main character’s name. Even if it is the same name, but spelled differently.

As well, it’s bothersome when there is confusion about who a character is referring to. The thing is that even with the problems, the core of the story, and the questions that are raised can almost overcome the problems surrounding it. Almost.

Cherry is a succubus, meaning she feeds on the sexual energy of men. Unfortunately for her, the more she feeds, the more she craves energy, so she must constantly find new victims, build their sexual tension to a fever pitch, and release them.

A story about a Succubus on the prowl, looking for her next “fix” and dealing with how she will have it. And the men that she controls and bends to her will as she does so.

There’s a bit of a problem as the story plays out and that is the question of whether the main character is named Cherry or Cherri. This happens a few times in the work and it bothered me to the point that I kept wondering about her name throughout. By the end of the work it is clear that her name is Cherry, so this is likely an editing mistake which should have been found. As well there is one point in the story where Cherry thinks about the person she is with and mixes up ‘his’ and ‘her’ in a single sentence that ground the story to a stop. I had to reread that passage a few times to be sure I understood who and what she was referring to.

Those quibbles aside, the story itself is really well done in Cherry’s succubus powers, how she acts, the control she holds over others and so on. While some of the passages were on the cruel side, her domination of the situation I thought was written really well. I also found that the author’s take on a Succubus needing her ‘fix’ what they feel during and after was really very unique. It also was quite a unique part of that where Cherry admits that she needs more and more over time. That I think is actually something that the author needs to focus on a bit more, to explain it, to deal with what happens as a result of the needs that Cherry has.

The work is a bit more than a hot flash, there’s a world built up around Cherry, her dreams of fitting in with humans and so on. The combination makes the work read much better than it would if it was simply a long drawn out sex scene and nothing more. Thing is that while the erotica is hot, the bits of mind control well told, there’s a bit of a missing fragment in the story about Cherry’s world outside of having to get her fix. There are hints, but I felt like there should have been more told about that to balance out the erotica a little more.

As an opening chapter to a longer work, I think it would work really well, but in this case the story ends on a cliffhanger, more for the one that Cherry has under her control than Cherry herself, and I’d like to see where the story goes from here. There’s a lot of questions that need to be answered and it would be nice to see that. Overall I think this could have been a lot longer, easily twice the length it is, but perhaps that will appear in the next work in the series should it ever appear.

As a whole the writing is good and overall the story works well, has depth and promise to it. But it is the silly little mistakes that bring out of the story which really shouldn’t have happened for how good the rest of it is.

The work appears to be the first in a series, and I will give the next work a chance, hoping that the author fixes things and brings a bit of editing to their stories. Overall the story is interesting and where it goes from where it ends might be something unexpected… I really hope it is.