A Review of Del by John E Kelley Sr. 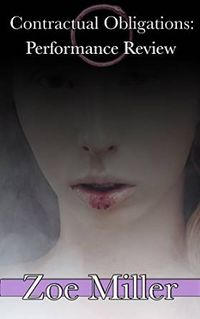 Last month on the Tale, I reviewed the opening work in the Contractual Obligations series by Zoe Miller and you can find that review here. There have been two further works in the series and today on the Tale I will be reviewing both of those works.

I had commented that I didn’t feel like this work was as good as the other book by this author, and I had hoped that the following works would prove to be a better read. The author can tell the most wonderfully hot stories with the most amazing characters and that’s what I hoped to see.

This work tells of:

Skints are born to seduce, so why can’t Arsa get past the training course? After a week of failed liasons, the young demon’s future at occult law firm Harris, Harris, and Clay is looking bleak. The firm doesn’t like demons who don’t produce, so Grace decides to take a firm hand with her demon. Bend over, Arsa, it’s time for your performance review!

Arsa has quite a few problems, most of them revolving around Grace, the one that summoned her and now holds her. Failing test after test, Arsa finds herself in Grace’s office where she is made to answer some questions, both comfortable and uncomfortable, for them both.

I found this work to be far better than the first in the series, mainly for the focus on who Arsa is, what she is going through, and the people around her. There was a good deal of world building, of explaining how things work and for me that really made the difference.

There are two hot flashes in the work, one quite short, but really promising in that within the moments came a lot which filled in the blanks about Arsa herself. The second, quite a bit longer, was focused on Arsa and Grace and it revealed things about both characters that wasn’t really clear in the first work.

This, more than anything, reflects how well this author can create characters with story, emotion, drive and, in many ways, mysteries around them to see unfold. Over the course of this work, some real progress was made on Arsa’s character development, what her powers are, how they are being controlled. In Grace’s case, there are still a lot of questions about her, but she becomes a much more likeable, strong, and central character to the story. The connection between the two, what the truth is they share, and where things go from this point forwards is what I expected in the first part of the series. Seeing it here brought me a good deal of pleasure and that matters. 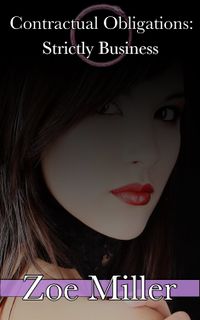 Sometimes the thing that makes the difference is having characters connect. Here they did finally and it was wonderful to see.

The third work in the series turned in a direction that I didn’t really expect. In doing so, it raised things for the characters up a bit, finding something new for them to come to grips with.

Of course along with that comes some troubles, some surprises, and even a chance for everyone to learn something. Not even Arsa or Grace know it all after all…

This work tells of:

Marie offers to sneak Arsa, the hapless seduction demon, out for her first night on the town and Arsa couldn’t be happier. This is her chance to impress Marie, maybe even seal the deal!

Of course, not all crushes are reciprocated. But no need to worry, Arsa–sometimes when god closes a door he opens a window!

Arsa finally manages to pass her test, but the prize she hoped for wasn’t there. Still, Marie takes things into her own hands and in doing so Arsa discovers that the human world is a confusing place. Even more so, some of the people that he knows from ‘work’ turn out to be something entirely different in the night outside of the office.

This work in the series is, as a whole, focused on story, on Arsa, on Marie and her friends and what all of their truths are. This adds a lot to the series, and to be honest, Grace could be left out of the series from this point onwards considering all of the questions that were created in this part of the series. One thing that I found interesting was when Arsa noted that her kind isn’t quite like the succubi in her reality, which is completely true. Arsa seems to care more about those around her, is more passionate, more interested in them first and, as such, that makes her a better character to focus the series upon.

Seeing Arsa deal with humanity, with the world, was at times both quite funny and sad as well. There is a lot of innocence in her, which I hope continues throughout. Reading her thoughts as she tried to make sense of things put a different perspective on how she reacted to others, how she saw herself, and even when her need was overwhelming, it made a real difference to the story.

There is a question about Arsa however that does put some other moments earlier in the series into question. A comment about her past, who she is, was quite unexpected and I think there is another part of her story, that of Grace, and of the situation that Arsa is in, to be told. In doing so, it puts events into a new light, might explain a lot of what happened, or didn’t, to Arsa, if not the why. Untangling that will be interesting to see unfold.

There is a short bit hot flash in the beginning, really a ‘stroke’ story, but in the latter third of the work, the story is focused around a wonderfully hot lesson that Arsa is taught. The latter story is just amazing and in being so reminded me of how the author can just make things ‘click’ at times.

Well written, though I caught two minor word errors in the work, but they didn’t take any of the heat or the story away. A group of characters, minor perhaps, but they allowed for Arsa to grow as she needed to and explore herself and those around her. All good things and really a positive addition to the series.

I think this, the third work, is my favourite of the series so far and gives me a lot of hope for what is to come.

A huge question hinted at, which I really do look forward to seeing explained. Arsa’s relationships seem to be getting more complicated and in that I think will be the story of the next work in the series when it appears.