A Review of Give The Devil Her Due by Marc Cabot 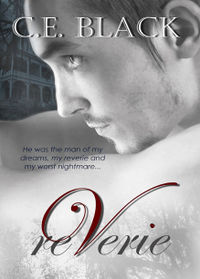 There are two things that happen from time to time in a work that bother me. One is when succubi or incubi are mixed with vampire legends. Personally I have issues with that because it makes little sense to me.

The other is when the story doesn’t seem to get its feet under it until well into the story. I understand the need to build a work, set up the story, and then move on. But moving from the core of the story into something that really has very little to do with the main plot, save for pushing a character in a direction, and taking what feels like forever to do so is a problem.

At least once a week I would have a recurring dream of something I didn’t understand, nor remembered ever happening. A house I desperately wanted to see, but never could and then there was him. He was the man of my dreams, my reverie, and my worst nightmare… reVerie

Claire has a job she hates, a coworker that she’d like to see run over by a bus, and overall finds her world just being one disappointment after the next. Her dreams on the other hand, offer something she desires, needs and wants. The problem is that when the dreams are over, she doesn’t remember them. But perhaps the universe can see its way to making her dreams closer to her own reality.

As a whole the work is written well, tells an emotional story, and the ending is very satisfying. The problem is that the beginning of the work wanders from the core story more than I think it needed to. There’s a lot of time spent in the office where Claire works, the interoffice politics and, honestly, that really was the weakest part of this story. It felt like those scenes were tacked onto the story afterwards to give some background to the world that Claire deals with every day. Considering that the core of the story revolves around Claire and the incubus of the work, Andreas, I just didn’t see the point to the extra strife that was shown around Claire.

Andreas isn’t a stereotypical incubus thankfully. He is however a mix of both incubus and vampire which for me has always been a problem. Setting that aside, which is actually rather easy to do he is more incubus, more about seduction, and more about caring about Claire. He has a fascinating personality, expression, and focus on Claire that in their dreamscape makes for some very hot erotica that I enjoyed. There are questions about him that aren’t answered by the end of the work of course, but one is and in the end, it is the one that really matters to Claire. When she remembers it.

The idea the author has of Claire forgetting what happens in her dreams puts a barrier into the story that makes you wonder how, or if, she will get past it and be with Andreas. The way that unfolds was nicely unexpected and I enjoyed the climax very much for how the loss of dreams is turned into something much better and makes the work end on a note that is the opposite of how it begins.

I would like to see another chapter, more to be told about these characters and there is a clear path for that to happen in a warning that Andreas gives to Claire at one point in the work. I think that would be an intriguing tale told in that the question of dreams forgotten works for both of the main characters.

The core of the story is really very good. It’s the scattered story at the beginning that takes forever to unfold that just takes a lot of the good out of the work overall. Mixing of myths is a slight problem as well, but in the end that’s overcome by the reveal at the end and the characters themselves.