A Review of The Succubus Journals by Monique Reyer

We have a winner for the all time worst costume… ever.

A Review of Pray For Release by Liman Thursday 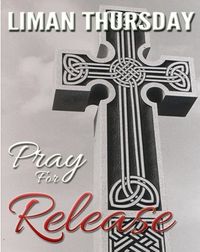 Pray For Release by Liman Thursday

The one thing that I cannot stand in a work that has Succubi as part of the story is if they are stereotypically evil, crass, mindlessly focused on one and one thing only. There’s no heat in a story like that because from the moment the succubus appears it’s quite clear that she is, sadly, another example of a cardboard creature of evil that just happens to do that evil with sex.

Father David Mueller was new to the town of Exeter, New Hampshire. The former priest had died under mysterious circumstances and now parishioners were acting like sex crazed heathens. Armed with his faith and the Rites of Exorcism, Father Mueller pays a visit to the Simmons house, and discovers he is woefully unprepared for the seductive skills of a succubus-possessed Catherine Simmons…

Father David answers the call of a husband who believes his wife is possessed. He arrives and finds the situation is much worse than that, and more than he knows is at risk by being there.

As a whole the story reads more of a possession than the actual appearance of a succubus. By that I mean there isn’t much seen of the succubus, if she is one, it’s never really clear if she is a succubus or not. Catherine possessed is a creature of sex, of dominance, of power who wants only one thing from Father David and has worked out a plan to gain what she craves. Towards the end of the work there are hints of her having cat-like eyes, a hint of wings, but otherwise she is Catherine, just hypersexual. Mixed with that, she is evil, mean spirited, brutal, and cares for nothing but the one thing she craves and nothing more.

All of this means, in short, that she is a typical stereotype succubus that is evil because she is and for no other reason. Any character she has is buried beneath her outbursts and cruelty and that becomes old very quickly in the work. She taunts and teases, pushes Father David over and over again, and is just driven by the act of sex, what she wants out of it. That all discards what is, in the beginning, some very interesting moments about Father David. There is a good deal of story told about him, his thoughts, beliefs and so on. The town has an interesting background story, there’s hints about the time before the events of this work, but then the story turns a corner.

Thera are some interesting hints along the way, things that someone that has a clue about certain myths and legends will catch almost immediately. Catherine’s house address being on Cambion way being just one of them. But with those hints it is very clear from the moment Father David encounters possessed Catherine where the story will go, how it will get there, and just how single minded things will become.

The erotica in this work, while making up most of the story, just didn’t have much heat in it from my perspective. There is no seduction, no passion. There’s nothing to see save for a lot of abuse, cursing, yelling and swearing. There are violent paths in the story taken by possessed Catherine which I didn’t care for and with that came a real detachment to what was going on in the story. The lack of heat which was replaced by simple pain and control just didn’t work and as such there was no heat.

While the work is written well, especially in the pages before Catherine appears, as a whole I enjoyed the first half of the work far more than the second. There is a turning point in the story where the work seemed to turn from showing a story to telling a story. Possessed Catherine took what I liked about the story and turned it to ash with her very first words and that shouldn’t have been.

The climax was exactly what I expected, what happens to all of the characters was, regrettably, stereotypical for a typical horror/titillation story that had little in it that was a surprise or went in directions that were unexpected. The work is short, and as such there could have been more story told if Father David had to meet Possessed Catherine over time, in different situations and have to deal with that rather than being thrown into the deep end and thrashing about.

Not at all enjoyable for the situation, the events that unfold and the almost complete focus on what was for the most part violent sex and nothing more. A thin story which begins well, but quickly turns towards scenes that for me just were not at all enjoyable.