Succubi Image of the Week 384

A Review of Succubus Rising by Camdra Abott

A Review of Her Incubus by Elizabeth Zanders 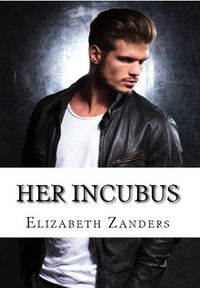 Her Incubus by Elizabeth Zanders

One of the things that bothers me the most is a summary about a work that offers what sounds like an interesting premise, with a storyline that seems like it could be quite a good read and then the story itself completely tosses that summery aside for a hot flash.

It’s not so much the hot flash that is a problem. it is that the author seems to have thought reading the summary would give enough background about the characters that actually telling about them, both of them, in the actual story, would be a waste of time.

It wouldn’t be. And they needed to.

Alisha O’Connell has dreamed about her perfect man ever since she was old enough to know what she wanted in the opposite sex. Little did she know that her black-haired, blue eyed “dream man” is a fallen angel named Aidan, and he’s been waiting for the right time to come into her life and show her everything she’s been missing. Alisha doesn’t stand a chance of resisting him because Aidan is more than just a fallen angel, he’s got the powers of an incubus, too.

Alisha has been dreaming about her perfect man for a long time now. Making a wish that he was real makes him so and then she discovers that submitting to him is all that she could ask for… whatever he is.

As a whole the story concept, if you accept the summary as being the idea of the story, seems like a good one. Girl wishes for lover, lover appears, lover is a fallen angel slash Incubus and gives Alisha her first sexual encounter.

The problem is that who and what Aidan is never comes into play during the story. He magically appears in the shower with Alisha, and after a short moment of confusion on Alisha’s part, they have a sexual encounter in which Aidan takes control of things, makes Alisha submit to him, and then… the story ends.

While quite a lot about Alisha is told in the opening of the work, and she is told really very well, Aiden is… just there. He’s a means to an end with the personality to match and that, for me, was really disappointing. There isn’t much interplay between the two, there isn’t much in the way of any explanation of what Aiden is.

He just appears, promises to give Alisha everything she wants, then as he does so, demands a truth from her, which she succumbs to, and then after their climax the story comes to an end with a promise to close the work.

A story that started out well, but then lost its way for getting to the erotica. Connection the book summary to the actual story well is always a good idea and in doing so this could have been a lot more than eight pages.