A Review of Succubus Duel by Amanda Knight

Perhaps a start to some Dark Succubus Desire as a costume?

A Review of Nice Guy by Mike Leon 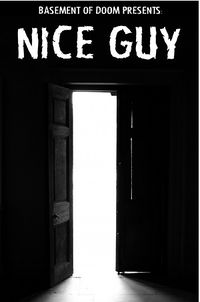 Succubi are not always the central characters of a work. Sometimes they are passing characters, a shadow in the background, even a thought and not much more.

It is somewhat troubling when they are an afterthought, a means for theme in a story to continue, and the core of a character’s life to be brought to the fore for the umpteenth time. A single line of speech, a few words of description aren’t really much. Even if the succubus is given a name with that small taste, that isn’t really having a succubus in the story to any real extent.

Tom has been friend-zoned his entire life, but he finally found the woman for him–and she’s a real scream.

Tom meets with a friend and she doesn’t really want anything more from him but being a friend. A rash decision turns that choice into something horrible that ends in ashes for all.

The story summary with this work is a bit misleading and considering that this work appears under the succubus keyword search, you might think that the succubus might be a core character in the story. In short she isn’t and honestly there isn’t really a good reason for her to be in this story other than for the irony that depends on it when the story comes to a close.

The succubus of the work, Mahalath, appears for exactly one page, speaks exactly one line of dialog, and with that single line the effects of the rest of the story, what Tom does and so on, and makes all of it meaningless. There isn’t a really good meaningful reason for Mahalath to be in this work other than for the sake of irony. While she is a succubus, looks like one, and would seem to be an interesting character if she had appeared towards the beginning of the work or even at some points through it, her appearance just adds nothing to the story.

What the story is, and consists of, is the self loathing and desperation that Tom has seen throughout his life and the desperate choice he makes as a result. It tells of a life that wants one piece of happiness in whatever way it can be managed, but has never been able to have that moment because Tom is a “nice guy” and in being so that means, at least from his point of view, that he is less of a man.

I didn’t like that honestly, the complete loss of self, of hope, of deciding that all he had left was a myth to turn to which he could make his own. In that comes the horror of the work, the things that Tom does to his friend Rebecca, the explanations be tells her, the final solution to his troubles that involves her. It is just an awful thing to watch unfold and that has, if not shock value, then it comes with a lot of stereotypes which I, again, do not like.

While the work is written well, the atmosphere of each scene is very detailed, the thoughts of Tom are clear and painfully so, the reactions of Rebecca are achingly sad, that’s not enough. There is no hope, no light, nothing that has any kind of positive aspect to it. The work is just a very dark, painful read, at least for me, and I didn’t enjoy it.

This isn’t a story about a succubus. It’s just a sad, sad story with a sadder ending which has not the impact it otherwise could have. There was really no reason for the succubus to appear, and it would have been a much more tragic and powerful work if she did not. The ending does not make this story and that just takes all of the rest of it and turns it into ashes.