A Review of The Devil in Me by Carl East

A Review of Night Waitress by Morgan Hawke 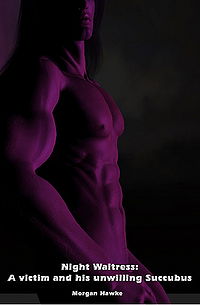 That is not a duality, not by any means. It’s more of being aware that everyone has the right to make a choice. Some make better ones, some worse, but in the end it is their choice. How they get to that decision makes up the most interesting stories on their own.

Lilli is a waitress in an all-night diner. Bruce is a dangerously attractive man that won’t take no for an answer, even if it’s for his own good. What’s a succubus to do?

Lilli is working, as usual, at her diner and expects the night to go as it usually does. However one patron takes an interest in her and despite Lili’s insistence that he leave her alone, he doesn’t. Taken away, Lilli is at his mercy, so he thinks. But then the truth about both of them comes out and the unexpected happens.

The fascinating thing about this work is the sheer power of Lilli’s personality and will. While it’s clear from the start that she is a succubus, wings and all that eventually appear, there’s more to her and when that is revealed it adds a new layer to all that had come before in the work. While she is a succubus, she tends to be a bit more on the vampiric side of things as a whole, fangs and blood being the main things to note here. As such I both like her and not so much so.

Her personality is very different from what one might expect, and with regards to the other character in the work, she gives him many warnings to leave her alone for his own good. It’s clear that Lilli would rather not have to do unpleasant things to him, but as much as she tries, eventually she has no choice but to follow Bruce’s lead.

There is a secret about Bruce which isn’t obvious at the beginning of the work, but as the story goes on it explains a lot about him, why he wanted Lilli and more. There’s quite a lot of conflict between him and Lilli over who’s in control of things, Bruce being very arrogant for the most part until the story turns towards the erotica.

The climax of the story is not exactly unexpected, considering how much Lilli warns Bruce, if in a roundabout way, that he was making a mistake. When the last few pages come, they hint at things not really delved into within the story and offers a glimpse of Lilli that didn’t really come out until the very end. I would have liked for the story to continue further, to tell more about Lilli, who she really is, and what her life turns into in the aftermath of Bruce’s actions.

Good characters, an interesting and unexpected story with many twists that keep one’s attention and turning the pages. A bit too much vampire for my personal taste and there are a lot of questions about Lilli that are left unanswered.

I’ll give this three and a half out of five pitchforks.

Bit too much vampire for my taste, but I really did like Lilli very much. While this was a short story and nothing more expected of it, I would have liked to see where things unfolded for Lilli from here.

It does leave one wondering…