Snoops – Part One By TeraS

A Review of Nailed By A Nightmare by Chelsea Chaynes

A Review of the Lilith the Demon series by Charlotte Chase 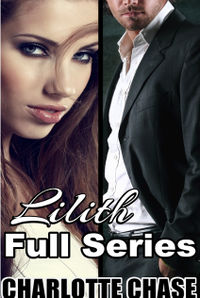 It’s becoming more and more obvious over time that most of the shorter works with succubi, or succubi-like characters appearing in them are tending to focus on something in particular. I’d like to say that the focus was on story, perhaps some well written erotica. I would even be happy if the character was, just a little bit, not as stereotypical as most.

But it seems, sadly, that many authors are not putting all that much effort into actual writing, or editing for that matter, and just publishing something that really doesn’t have much going for it.

Stereotypically, of course, that means that some stories just amount to very little to like and even less to remember when the story is over.

Lilith the demon has an ingeneous plan to bring about the birth of the Antichrist: obtain the seed of the Devil himself, then change into a man and find the most innocent woman on Earth to share it with.

Part One: Lilith is excited about phase one of her project, the one where she seduces the powerful and dangerous Prince of Hell. Lilith is experienced with seducing men; as a succubus it is her job. But this time the tables are turned on her, as the Prince of Hell commands far more control and respect than Lilith could ever prepare for–and he’s not going to let one uppity little demon have her way, not without punishing her first and using her body for his own dark, perverted pleasures.

Part Two: Lilith’s plan enters phase two. With Satan’s seed boiling inside of her and an innocent, holy woman picked out, all she has to do is seduce the unseducable. But the poor young widow inflames Lilith’s passions, and she can barely control herself as she takes her first female lover.

Lilith is a scheming succubus with grand plans. Wishing to make “a name” for herself, she entwines herself with someone she shouldn’t have and after being used in every way possible, she returns to Earth to complete her plans.

And in reading that entire summary, you’ve pretty much read the entire series from beginning to end. There’s very little story as the majority of the series focuses on Lilith having sex and that’s about all.

Lilith herself is stereotypically evil, self-centred, completely dislikable, but most of all, in being all of these things and more, that only serves to leave not much else in the story as a whole. The erotica is, as well, really not much more than a hot flash, if barely. It’s over the top, bland at times, and just didn’t do anything to hold my interest in the work.

Even when the work moved towards telling a story, it felt half-hearted and uninspired. This could have been something better as a whole if there would have been more story to balance out all of the erotica. I would have liked more about the characters, the reasons for why the story went the way it did and so on.

Blandly written, uninteresting characters, a plot that was very thin and only existed to give a reason why Lilith acted as she did. Needs more story, more character development, but most of all, the erotica needs to be so much more than it is.

I don’t expect a third work in the series for one thing, but I would have liked the author to try rewriting things a little bit and reissuing this series. Flesh out the characters, tell a story and build some heat.