A Review of Silhouette of Darkness by Benjamin Daniels

A Review of Succubus by D. P. Madchild 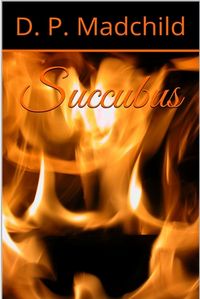 Sometimes there are stories which, overall, tease at things. By that I mean, for example, a character is possessed by a Succubus, can’t do anything about it, and as the story goes on, the succubus turns her from “Miss Ordinary” into “Oh! Well, you were always this sexy, you just never tried!” That can be a good story, the dialog by itself can be hilariously funny, the situations where the succubus hasn’t a clue she’s making a huge mistake, the possessed tries to get her to see that, and so it goes.

But when the story sits in that vein constantly, goes really nowhere, and at times the story feels like its lost and can’t find its way… that’s a huge problem that doesn’t need sex to get past, it needs direction.

Alex has known the truth about the world for years. What she didn’t expect was for a spell to go wrong and to have her body taken over by a succubus. One which insists on feeding. She hopes that her friends will notice something wrong, but it’s now that she needs them the most…

Alex decides to try a spell and it goes wrong when she is possessed by a succubus. Things get worse when the succubus takes Alex and gives her a makeover before going off to try and pull Alex’s friends into bed with her. But things don’t go how either Alex, or the succubus, expected.

The story is, as a whole a very long tease that eventually goes somewhere, but to get to the end of the story there’s a lot of side trips, innuendo and, at times, a lot of confusion. Part of that is the succubus, who is never named, trying to figure out Alex’s friends and why it is that whatever she does, none of Alex’s friends will just hop into bed with her.

This turns into an ongoing theme in the work which eventually leads into a series of confrontations with two other characters. Finally that breaks down and, in a way, both Alex and the succubus get what they want… I think?

I’m uncertain over this point because it’s not made clear why Alex summoned the succubus, save that she didn’t think it would work. It isn’t clear what the succubus wants, other than to have sex using Alex’s body. It’s more interesting in that Alex isn’t “transformed” into a succubus so much as the beauty she has already is pushed to the max and flaunted by the succubus. This should, at least according to Alex, be a clear signal to her friends that something isn’t right, but none of them seem to bat an eye at her changes.

Beyond this, there are moments when the succubus talks, out loud mind you, to Alex while Alex replies in thoughts. It does make for some cute moments of course, but at the same time that doesn’t make a lot of sense. If Alex can the succubus should be able to as well, but she doesn’t.

Overall, the main problem with this work was that there wasn’t a path through the story so much as there were vignettes that were told and then moved on from. At times Alex and the succubus seem to “merge” in their thinking, which does work however. But when the end of the work comes, it isn’t clear if Alex is free, or if the succubus is still in control or if something else happened. The story just comes to an abrupt halt and left me wanting to know what happens next.

But that didn’t happen. The work was removed at some point and so if there was a series in mind, or something else, that never happened that that’s a shame. There’s actually a group of interesting characters to tell stories about, the author just needed to focus their writing more than they did here.

The idea is good, I liked the characters but the story really didn’t go anywhere or do anything other than tease. Tightening things up, moving past the “dancing” and into the “doing” would have helped quite a lot. But this work isn’t available anymore, sadly, and it’s more so because it seemed like it was part of a series which seems to have been not just abandoned, but tossed away. Perhaps that’s the largest shame of all.