Succubi Image of the Week 379

A Review of Succubus by D. P. Madchild

A Review of Silhouette of Darkness by Benjamin Daniels 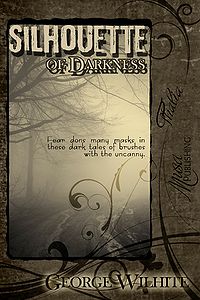 Silhouette of Darkness by Benjamin Daniels

I’ll be reviewing an anthology work this time on the Tale. While the work does touch on many supernatural themes, there is but a single work. called Belong, in the collection that has a Succubus appear in it and that will be the main focus of my review, though I will comment on what I thought about the work as a whole.

Perhaps the one thing that can be taken from this work as a whole is that you never can quite judge a book by its cover… Or another being for that matter. No matter what they happen to look like.

When the Blight overwhelms the earth, humanity’s only defense is to stay awake from dusk until dawn. Tonight, Sean will learn how lethal insomnia is in this new world. In “Fatal Insomnia” and other stories in Silhouette of Darkness, author George Wilhite explores the horror in unusual places

As a whole this collection of works has some very interesting stories in it. Some are not quite things that I enjoy as a whole, but they are thought provoking. The stories really run the gambit in tales of mystery and horror, going from the here and now to the past and future.

There is but a single work about Succubi in the collective, entitled Belong and it tells the story of a lost boy who finds a connection with a spirit, is taken into her world and then learns the truth about her. But it’s not only that, he also learns a truth about himself. The story mixes a few different myths, new and old, together and I found that as a whole it flowed well, it told a story and more. The ending is somewhat sad in a way, but it also holds a certain promise of hope and more. Considering the life of the main character and what happens to him, it was something that the story had to have to make it worthwhile.

The Succubus herself is seductive, controlling, and demanding at times. There is a story about her that when it is revealed was surprising and wasn’t what I had expected. While not all of the secrets are revealed, that which is, what she can do, and what she does all connect to make her a dangerous being, but also one that is more than what she is on the surface.

The work as a whole is well written and I did like the other stories to a point. Some of them were a bit too violent or more… faithless… than anything else. That made some of the works hard to read and what happens to many of the characters is unpleasant. But the work stands on its own very well I thought.

I’m giving this collection three and a half out of five pitchforks. Belong, as it is really a story that held me more than any other, with or without the Succubus, is a four.

I’ll be looking for other works by this author… Hopefully with a shade less horror and a tad more story… I think that they have the talent to do that.