A Review of Masquerade on Poker Night by Victoria Pond

A Review of The Initiation Of The Incubus by VZ Fauchard 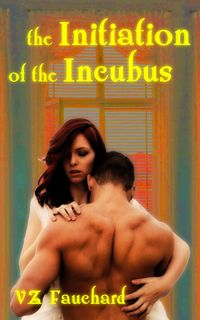 The Initiation Of The Incubus by VZ Fauchard

It seems like there are many authors who are publishing works with either Succubi or Incubi, or both, as characters in their stories. While that’s a good thing where I have continuing problems is when the story seems to indicate that there should be another story to come, but it never does.

It’s more so when the story tells of what might be called a society of Incubi and Succubi, tells of some of their members, talks about their customs and actions but then just sets all of that aside. That’s a shame because after all of the build up, walking away from that part of the story seems to be a waste to me.

For as long as she can remember, Jase was like a big brother to Courtney, always looking out for her. When he vanishes without a trace for six months, she know something has to be terribly wrong. When he finally resurfaces, she can hardly believe what he tells her: he’s been turned into an incubus, a demon that feeds on sexuality. But the shock of that is nothing compared to what he has to do to complete his initiation into their ranks…

Jase vanishes one night and Courtney is devastated. When he suddenly reappears, that seems to be a good thing. When he explains that he is an incubus, and that both they are succubi are real, that’s a bit worrisome. But when Jase asks Courtney for something she never expected… Then things turn a corner that she didn’t expect.

The one thing that hooked me in this work wasn’t the erotica by far. What did catch me was the characters, especially Courtney who was just amazingly well described and had a strong presence in the work. The story of the succubi and incubi in this world, how Jase gets involved, what he has to do also made for some interesting reading but also some really funny moments that I think worked exceptionally well.

Jase is not exactly an incubus, though he claims to be in the story. He seems to be a bit of a mix between an incubus and a vampire, but the latter aspects are very fleeting thankfully. He has horns, if barely, can make himself invisible and has some rather vampiric powers beside. But he isn’t stereotypical in his actions and most importantly the work doesn’t end poorly with him causing Courtney’s death. Overall I liked his character and what he offers to the story, but with some small reservations.

There’s a bit of an attitude about him that creeps into the story, one that considering what each of the main characters reveals to one another doesn’t quite sit well. There is the occasional comment he makes that didn’t fit in the moment and took me out of the story for a time trying to figure out if he was serious, joking, or if the words weren’t really supposed to be there.

The erotica itself is a hot flash, but there’s more than enough buildup and story to make it worthwhile even if it is a somewhat taboo subject considering their relationship. It does have some silly moments and surprises which I think worked well and held the tone of what happened from becoming uncomfortable.

The one thing that does bother me is that there is so much time spent on constructing this universe, setting up the whys and hows of Jase’s transformation. There seems to be a society of incubi and succubi with their own rules and so on which have a central role in the story’s erotica, but they are fleeting. After the climax of the work is past, Courtney makes a comment which seems to lead towards there being a follow-on story, but there isn’t one.

It’s disappointing because there’s a really good story to be told and it would have been nice to see where it did turn to. One of the most obvious ones is whether Courtney becomes one of the succubi or not and that’s a point which is dangled out to the reader but nothing comes of it, even if she does.

A strong story, very good characters with a lot of history to be told. It would have been nice for the work to continue to a satisfying conclusion, but it really didn’t which is the bigger shame here.

I liked the concept of the succubi and incubi, though I could have done without the blood and gore aspects. There’s a lot of very good universe building and ideas that I would like to see developed more, but were not. More is the shame that with the obvious open paths for the story to take, that never happened, at least to the time of this review and it really should have for all of the promise that seemed to be here.