Succubi Image of the Week 377

A Review of the Incubus Series by Jason Daniel Kowalczyk

A Review of Surrender by Alisa Easton 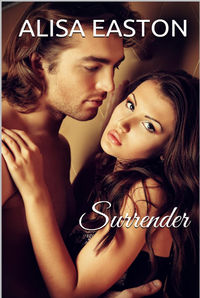 Another work to review this time that promises to be the first book of a series, but then nothing more comes to complete the story. Questions are posed, trouble brews and the erotica is very hot and delicious. But leaving the story on something of a cliffhanger is really disappointing.

After spending so much time to create the characters, to build up the story, the heat, the moments to then suddenly end the work in a way that pulls most of the heat away with a “coming soon” ending just really is bothersome.

Some creatures stalk the night in search of prey to satiate blood thirst needs. Others, equally dangerous, stalk the night in search of carnal pleasures to ensure survival. Rachel Morina had been roaming the earth as a succubus for more years than she cared to remember and somehow she never tired of the perks of the job – including gorgeous men who fell down around her, willing to satisfy her every need. Her mood and her appetite constantly evolved but her primal need for sex never faltered. But no life is perfect and Rachel knew this all too well. While she could have any man she wanted, there were always dangers that potentially lurked around every corner and as a result, she could never stay in one place too long and she could never have the same man more than once. Above all else, she could never know love.

When she meets Devon, she knows there is something unusual about him but will she surrender to the power he holds over her or will she destroy him?

Rachel is on the prowl again. The needs of a Succubus to find not love, but raw passion run deep and her needs are strong. Encountering Devon, things do not go as she expects, her world changes, not for the better, and when she realizes what has happened, it’s far too late.

Rachel is rather a dominating and controlling personality when she first appears and considering that her goal is to make men have sex with her in order to survive, that does make a good deal of sense. To listen to her internal monolog as the story goes on tells a lot about her and who she is. There’s a certain amount of jadedness to her personality that makes it a little hard to feel sorry for her when Devon appears and things get away from her.

There’s an inherent structure to this universe in that succubi need certain things, and there are other beings, like Devon, who use those needs to dominate over them. In the aftermath of their first meeting, the events that follow for Devon cause a lot of harm, the question of who’s more at fault for them is debatable however. It’s never really clear what Devon is exactly, but as a whole he’s almost, but not quite, a stereotypically dominate incubus in this story who has found Rachel and intends to make her his forever.

That is the core of the story. It’s Rachel’s fight to try to resist Devon’s hold, to try to survive, but it’s made very clear that Devon holds Rachel’s life in his hands and the only means to her being able to live, to feed, is to submit to him. Rachel went from being a strong, controlled personality into something very close to a junkie needing her fix and that was disappointing.

The climax of the story revolves around Rachel being forced to give into Devon, to admit she is his, and then she gets her “fix” from him. Once that happens, there is a glimmer of the strong, independent Rachel and the story begins to move onwards from there. But then the story ends with what can only be described as being a setting up of the next work in the promised series by this author. But that hasn’t appeared at the time of this review.

That’s a problem because there are a lot of questions left unanswered, such as what exactly Devon is, how it is that he as control over Rachel, and what happens when they have to live, and possibly, try to love each other. In spite of the very open ending, the writing is solid, I especially liked the scenes where Rachel was trying to continue her life without Devon and what happened in those moments. There’s a sadness, a need, and then a realization in Rachel what’s happen and what little choice she has.

When that comes to her, the independent nature within herself comes out and it’s clear that she doesn’t want to give into Devon. When their next meeting happens however, that found strength is gone in a heartbeat when Devon “orders” Rachel around. I’m not exactly sure what, if anything, Devon feels for Rachel, but I would hope it’s more than what he seemed to show here.

Complex characters, a story with some history and background to it. A pair of hot flashes to bookend what otherwise is an exploration of wants, needs, and desires. But as good as the work is overall, the ending is disappointing for how abrupt it is and more so that the promise of another work with these characters has not materialized.

Written well, telling a really good story with a main character that has a lot going for her. The ending was a bit abrupt and in being so took some of the wind out of the story’s sails. It’s a shame that nothing has continued from this work since as there’s a really good Succubus story here to tell. Perhaps sometime soon the author might complete the story or, if not, at least tie up some of the loose ends.