Succubi Image of the Week 376

A Review of the Catalina, Queen of the Nightlings series by J. Lee Roberts

A Review of All This and Love by J. Libby 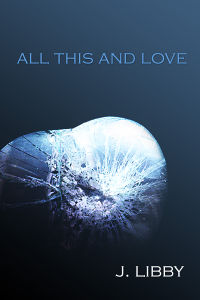 All This and Love by J. Libby

It is to me interesting when an author takes established myths and legends and tweaks them slightly. You are never quite sure where the story goes or why it does the things it does.

Love in many flavors takes center stage in All This and Love. From a wolf hunt in the catacombs beneath an unnamed city to the last kiss shared by a fallen angel and his immortal, human lover, love gets complicated by some of the things that go bump in the night. Explore lust, betrayal and star-crossed romance in five short stories in J. Libby’s debut collection.

Touching on the Succubus story, to the waters and the wild firstly, Kay is travelling through Ireland and picks up an odd hitchhiker in her travels. Aislinn is… odd… in some ways but there is an attraction that grows between them. The question is where that leads them both.

The story just barely touches upon what Aislinn is and that reveal is left until the very end of the story. In spite of that there are many little hints along the way which, if you are aware of the myths and legends, are signposts to the theme and direction of the story.

The descriptions of where the two go, what they see and experience is lovely and adds so much to the story. But with that the moments passing between them, Kay’s past history and Aislinn’s attractions are the core of the work. There is an otherworldly feeling to everything which made the story come into sharper focus overall and that little touch was perfect and needed for the story to be what it is.

The rest of the works are interesting in how they touch upon fairy tales, myths and legends and bend them by the author’s hand into something that lurks beneath the words but isn’t too obvious until the veil is lifted and the truths appear. The descriptions of the moments, the characters and more are really well done and make the collection much more than I was expecting. The stories are a bit short, some could easily have been much longer, such as the story about Kay and Aislinn for one. Perhaps that can be sometime… you never know.

For the Succubus story, I give four and a half pitchforks. I’m giving this work overall four out of five pitchforks.