A Review of Summoning the Succubus by Bellatrix Reneaux

This costume is missing something and will never find it

A Review of The Second Circle by N. T. Gore 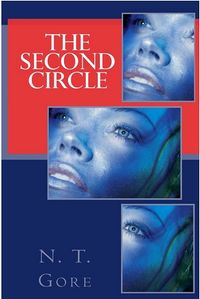 There are some stories with Succubi in them that really don’t do a lot for me. The story itself can be very good, the characters interesting in all sorts of ways. But within the pages of the work comes something that just… rubs me the wrong way. The one thing, more than anything else, that takes away from a story for me is pain and suffering.

I can understand when it is needed to tell a story, and in many ways a story cannot be told without some sort of conflict and so on. I understand that. But personally I just have issues with it.

What would you do if you were the object of supernatural affection? Liam’s irresistibly attractive succubus lover wants him to bring her other women…first for him to make love to, then for her to sacrifice them.

Liam has a Succubus haunting him, he’s completely smitten by her, and when she asks him to bring them to her, he does so. Over the course of the story, reality blurs with his experiences with his Succubus and then things turn in ways Liam cannot understand… until it is far too late.

Isabella is the Succubus of this work, and for the most part she doesn’t actually appear very much in her true form. She takes a more human form, though there are Succubus aspects to it, and really uses Liam for her own ends that are not made clear until the end of the work. She is, when all is said and done, very close to the stereotypically evil Succubus with only thoughts of evil in her mind no matter the pleasant exterior she offers.

That’s kind of disappointing in that I had thought she might be something better than that at her first appearance. But as the story unfolds she turns more and more obviously manipulative, controlling, and demanding. She tries to misdirect, confuse, and sexually control Liam, which for a Succubus isn’t a surprise really. It gets more complicated, and to be honest a little more confusing when a second character appears who is hauntingly familiar, and then more so when a third appears to warn Liam.

Liam himself goes from rapturous, blind acceptance in everything Isabella says to doubting over time and I would have liked to see more a struggle within himself over the events of the work. But a promise from Isabella takes that away much of the time, he continues with her wishes and… it does get repetitive in a way.

The story has a lot of echoes within it that I thought were well done and helped to tie things together. It’s well written, the characters, both major and minor have depth to them which was good to see. Even the erotica had some lovely heat in it as well. All of that were good things, but, it’s the pain, suffering, and death in the work that just muted a lot of my enjoyment of it. As horror erotica, I think it does very well. But I don’t care for that theme and that’s my problem I suppose.

Overall a well written story, lots of layers and meaning within it. The problem is that there’s too much death and the darker side of humanity in it for me personally. That’s a shame because I think that not all of that had to be in the story for the story itself and the characters living within it.