Succubi Image of the Week 374

A Review of Sin Incarnate by T. C. Archer

A Review of Undercover Unicorn by Terry O’Brien 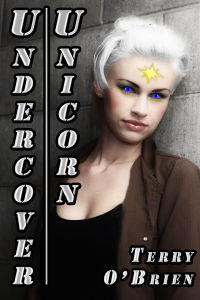 A review today of the beginning of a new series that a dear friend, Terry O’Brien, recently began. A bit of crime drama, a bit of supernatural themes… and, of course, there is a Succubus to be seen. The series is called Changes and Changers and I think it’s quite the interesting read and more.

It’s quite a enthralling story about a universe that’s changed, in some ways good, in other ways not so much so, but there is one underlying truth. It doesn’t matter how magic has changed you, inside you are the same person. It’s what you do now that matters.

Vanity is an FBI agent, and, in the words of her friend, “a damn good one.”

That’s because she’s a Changer; specifically, she’s a unicorn in human form.

As a unicorn Changer, Vanity wields her unicorn magic as part of her calling as a Federal agent. She was one of the lucky few who were imbued with magic on that fateful day in July almost three years ago when magic suddenly appeared in the world. But while she and the other Changers Changed, they didn’t really change: they remained exactly what they were, only with magic, on both sides of the law and all points in between, so while there are cops with magic, so, too, there are criminals with magic.

The world has changed, some say. Magic has come to the world, changing all that it has touched. For good or evil, magic itself doesn’t care. However, for those that have been touched, changed, become… different. Who they were remains the same. Good still does good and evil can be very bad. It takes someone special to be able to be more than they are.

The most wonderful thing about this work is the world building and in this work a world is built with its own rules, needs, and history that sets up a situation in which the characters really come into their own. There’s a past to all of them, sometimes good, sometimes so very dark, but in all of that also comes the promise that who they are is true to themselves… no matter what that truth might be.

Vanit, the main character of this work, is simply enthralling. She’s complex, intelligent, but most of all, she’s something very special in a world where darkness holds many and causes much pain and more. She’s… hope. Quite a lot of hope for not just herself and those she calls friends, but for many others.

One of the minor characters, Suzette, is a Succubus, and her story tugs at my heart quite a lot. I love her past, what she made of herself, and more importantly, what her role is in the here and now. She might look somewhat stereotypical, hooves and all, but she is not, at all, what is expected of Succubi. She has a certain way about her in the few short moments she appears that reminds me, quite a lot really, of a Realm Succubi and that I adored.

Suzette, along with several other characters, make of Vanity’s team and that is an interesting mix of personalities that work well together, but more importantly, the interaction, the dialog, really brings out that they have been together for a while and that helps to build upon the story and make it better.

The work focuses on Vanity, her past, and a challenge that she must face alone. It also  reveals a very interesting mythos about unicorns in this world, only touched on and not explored fully, but leaving doors open to return to the questions left behind. It’s a tragic story in a lot of ways and when her past catches up with her, Vanity discovers that a lot of what she thought she understood isn’t quite right.

There are moments of terror for her, things that push at her self worth and more, but it’s how she deals with them, the decisions she makes, that brings the story together as a whole and makes it a wonderful read.

There’s a good deal of mystery as well, not only in the world, but in the characters which sets up the series going forwards and I think that all works well. The story solidly sets up things going forwards and there is a lot to explore just from this work alone. There is a mystery, one that affects Vanity and I’ll be looking to see where that goes.

A wonderful start to what I believe will be something very special as the series goes on. The next work in the series Sympathetic Succubus will feature Suzette and I do look forward to that story being told. There’s quite a lot about her that I love dearly and that mixed with how much I loved the entire cast of characters as a whole bodes quite well…

A small postscript: Quite some time ago, Terry shared this work with me, in an unfinished form. Even then, the story was gripping, the characters true, and the writing simply wonderful. I am thrilled beyond words that this work has been published and I wish Terry well in his writing and the future of this series… I will be waiting and watching…