The Fence by TeraS

A Review of Succubus Bites by Lila Shaw

A Review of Blue Eternal by G D Morris 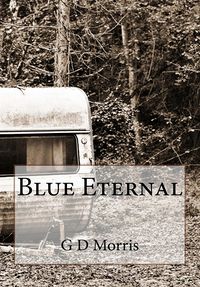 Secrets are a difficult thing to hold. Some are minor ones, the sorts of things to keep locked away to avoid embarrassment or worse. There are other secrets, ones that are a matter of life, of survival, of making a choice or making amends for an action that are much deeper and harm the soul.

The secrets not known, not understood, not seen or if they are, believed, are the most powerful of all. They haunt both the living and those that seek them out.

The boys discover, to the dismay of their small town, that not all things that hunt children hunger for flesh and blood; sometimes souls feed the hunter.

When Elizabeth, Steve’s sister and Julian’s budding adolescent love interest, becomes the fifth child to disappear, the boys realize it is time to finally shoulder responsibility for what they awoke. They set off intent on saving Elizabeth at any cost.

Fast forward twenty years – once again, the children of Liberty, NY have begun disappearing. Steve, now the Sheriff and a father of three young children, calls his boyhood friend and asks him to return and help. Julian does, and as adults they decide to face once and for all the ancient evil that lives in the forest.

Once, a long time ago, three friends encountered a being of evil, a succubus. They survived the encounter and went on with their lives. Now adults, they return to the place where the evil still lives, seeks, and desires them. Legend the succubus might be, but when you look into her eyes the legend pales in comparison to reality.

It is a work of mystery and adventure with a bit of fantasy/horror mixed into it. In spite of all of that combination, the work reads very true to life. The characters are seen from their past selves and at the same time their current days selves. That makes it interesting to see where they all came from and how their experiences have moulded them.

The town, the people living there, both in the past and present, have lives well told and explored that I thought really added a lot to what otherwise could have been a story with little soul to it. The brightest characters of course being Elizabeth, Steve and Julian, who are the core of the work. The delightful part of seeing these three from the past and present is how their lives are so intertwined together that even the passage of time cannot bend or break that. The little quirks and oddities in their personalities mixed with the experience the three of them have is really a remarkable read.

There is a being in this work that seems very much like a succubus, though as is explored in this work, she also could be any of a number of supernatural beings. With all of the time told about her past, what she does in the here and now, her thoughts and needs… She’s never given a name. I don’t think she really needs one as she is more of an animal much of the time, but at times her “human” side comes out and I think it would have been a moment in this work, and I can think of one specific moment, where she remembering her name could have opened a path for the story to take.

The succubus herself is, oddly, sad in a way. As the story progresses, as the truth comes out and her past is told, I have to say that as a whole it was simply a sad thing to see happen. The creature that appears in this work does have some of the aspects of a succubus in her makeup, but as well there is a animalistic side to her that clashes strongly with that. She is evil, there is little mistaking that, but as well there is a sense of everything she does is a matter of survival. The parts of this work that are told from her perspective, show she is a bit out of touch with the world around her. She seems like a creature of habit, stuck in her ways, or trapped by them and as the story works towards its conclusion, there are moments where what she is now…. feels lost.

The climax of the work did strike me as being a bit odd. There was some tension to it, not being sure what the end result of the actions taken against the succubus would be. I had some problems trying to understand the “why” of what happened. The “how” is clear enough, but why things unfolded as they did and what happened to the main characters of the work after was a bit brushed aside to come to the close of the work.

The work does need another editing pass regretfully. There are quite a number of instances where a letter is missing in a word, or two words that sound similar are interchanged. There are a few points as well when tense shifted for no reason that I can see and that was, as a whole, jarring.

That said, the characters are strong, have personality, and the tale itself is very engrossing. Certainly a page turner, one with a slant on Succubi that I felt came across very well overall.

A rather unique take on the legends of Succubi, where they came from, and more. Strongly written with a plot and characters that really do stand out. The shame comes in the editing being a bit weak overall which regretfully stands out at the worst possible moments.