A Review of The Amber Cross by MeiLin Miranda

A Review of The Return of the Yeti by Dou7g 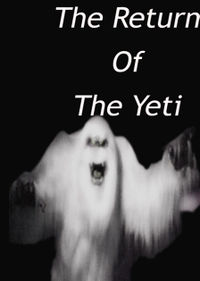 The Return of the Yeti by Dou7g

The sixth in my continuing reviews of the works of the author Dou7g in the series called Succubus Temptations. You can find my review of the first work in the series here on the Tale, the review of the second work here, the third can be found here and the fifth work was reviewed here on the Tale as well as the sixth. This review is of the seventh work in the series The Return of the Yeti. I do realize that the listing is a bit odd, but there are compilation books as well and I’m not reviewing those when they come out.

One of the most important things that needs to happen when writing a series is that the characters develop. By that I mean they grow not just in personality, but in how they relate to others, what they see as being important to them and, sometimes, just how far they are willing to push their own boundaries.

The ogre, the scholar, the succubus and the mage continue their plans against the Duchess, the most powerful force for good in their part of the world. The mage plans to distract the Duchess while Phil the ogre and Edmund the scholar play Robin Hood in the local forests. Oh and there’s a yeti.

Megan begins to act on Kendra’s plans, which takes a lot of acting, and then a lot of… persuasion. Edmund and Phil go on an adventure which draws Phil into a fight with a Yeti, and Edmund finds a loophole. Oh, and there are puns… lots and lots of puns.

I have to admit that through a lot of this work I was laughing at some of the quite interesting puns and references that came up which I thought where very cute and funny. The story is a bit less serious at some points, which was nice, because in others things were very serious for Megan and being able to move towards something that was amusing worked well to keep my attention.

Kendra, the Succubus of the series, doesn’t have a lot to do in this work, mainly because Succubi like her can’t exactly go where Megan will be. But she does make an appearance at the beginning to explain the story of Robin Hood to Edmund and Phil which I really enjoyed the dialogue of. I think as a whole that Kendra not appearing too much in this story works well, though what she is up to I did wonder about as the story went on. There is an interesting comment about Succubi that is made which I believe is pointing towards a turn in the series going forwards, but to whom or as to why… That is the question.

I also liked Edmund and Phil actually starting to be more of a team in this story, and I really hope that continues to grow as they are a very good team in themselves. Three new characters appear, one being the Yeti of the title who has a history with Phil, but also there are a pair of mercenaries that remind me very much of a sort of “buddy film” pairing. I do look forward to seeing where these characters go in the story, they have some very interesting personalities.

It’s a very good adventure story that pushes things along, and opens up some possibilities to look into when the future comes… I’m not sure exactly where things are going right now, but the pieces are coming together really well. Really that’s the most important thing at this point in the series where the characters have their own life and now the story has to carry things along.

I liked the work as a whole, but there were some moments, not many but I noticed them, where the story seemed a bit rushed. Part of that I think comes from the action scenes that Phil and Edmund go through and, in a way, I think I would have liked more time spent with them before things came to a head with the Yeti than did happen. There’s a lot of story that was skimmed over a bit and I hope there will be a return to telling that part of these characters.

Megan is getting into hot water, but she’s not quite up to her neck yet. Edmund and Phil definitely are and as for Kendra? I wonder what she’s been up to in the meantime… I’m sure we’ll find out quite soon…