Succubi Image of the Week 370 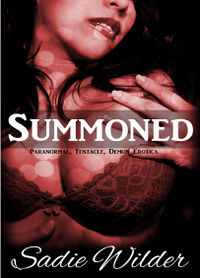 A rather too short series for review today on the Tale called The Demon’s Consort, written by Sadie Wilder. It’s too short in length of each part and it’s too short in how many parts there are. The thing about writing a series is that one needs to create the universe the series is set in, introduce the characters, and then tell the story.

In this case, I feel like the author should have combined these two works into a single book and then continued onwards.

After a long search Anna has finally found a new home, but when she gets curious about some abandoned items left behind by the previous owner, all hell breaks loose. She unleashes a sexy demon, and a side of herself she never knew existed.

Anna finds a new home, does a little bit of fixing up. But then she finds a necklace, then some books which lead towards her summoning a demon. And get gets more than she bargained for. Her life, and herself changes, but at what cost?

Forras is the demon of this work and in a way he is an Incubus, but as well he seems to have other aspects as well. He obviously is dominant in nature, has what appears to be a touch of mind control powers and plays Anna to the point where she gives herself to him. Following this, Anna is transformed into a Succubus, looking mostly like herself but with little touches like horns, a forked tongue and some rather interestingly described eyes. Anna’s transformation and discovery of her new self is quite good and she asks an important question that isn’t answered in the first work, but is, somewhat, in the second.

The majority of this first book tells of Anna’s past and then the first encounter she has with Forras, which is a hot little piece of bathtub erotica. Her second encounter with Forras is a bit more violent in nature and, as a whole, was told well, but seemed somewhat bland at times. Most of the heat in the work comes in the first encounter and the second tips slightly into the horror aspect of things that seemed to be a shame.

While the characters are well described and have their own voices, there are several word errors in the work that bothered me. “They’re” instead of “Their” for one at a rather important point towards the end of the work. For those that enjoy stories of tentacle erotica, the scenes have a lot of heat in them and they are, for me at least, some of the better Incubus erotica moments I’ve read in a while.

But it is short. The buildup and ground work to set up the series was needed of course, but it felt like when the story moved on developing the characters went to the side and that was a shame as I would have liked to know more about the two of them. 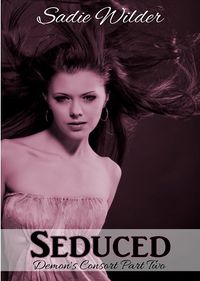 Once transformed into a Succubus, the question that must be faced is how much of your humanity survives? Are you now utterly dark and evil or are you still, somewhere, human inside?

What happens to your sense of right and wrong when you can make of that anything you want? And what happens when you find out that what you thought was real… isn’t.

After inadvertently summoning a Demon, Anna finds herself transformed to his Succubus consort. She’s still adjusting to this completely different life, and tests her new mind control powers out on a sexy, female coworker. Things take a turn for the worse when the Demon tries to include her in his hellish games.

Anna’s new life isn’t quite as wonderful as she thought. She finds a hunger inside and when she is told how to deal with it, finds that not an easy thing to do… At least until she tries to continue with her human life and finds temptation all around her.

The intriguing part of this work came in how Anna had to deal with being a Succubus and everyone around her wanting her. The elevator scene did make me smile, but what I thought was the hottest part of this work was when she was in her office and encountered a friend who fell under Anna’s influence.

That scene has some very hot mind control aspects to it which turned things up a bit more. But with that came Anna trying to deal with her new form, her Succubus features, and how she could feed upon her friend. The conflict as that unfolded added to the heat, but more added to her character. Anna seems to know right from wrong and she is trying to keep her humanity in the face of Forras and the powers that he has given her.

That conflict continues when Anna returns home and has to face Forras and someone from the first book. That scene, while having heat in its own way, was less so for Forras being so dominating and trying to push Anna into doing something she wasn’t interested in. That conflict ebbs and flows through the latter part of the work and lines are being drawn between these two. I have an idea where that will go, and I hope it does.

I enjoyed this work more than the first because it was more about Anna dealing with what she has become, what she can do, and the aftermath of that. It told more about her character, her will, herself. The erotica was very hot with the mind control aspects of the story very well told. More, there wasn’t any editing errors that caught me and that helped a lot as well.

The problem comes in how controlling and overwhelming Forras turns out to be. It wasn’t at all unexpected really, and what’s more bothersome is how much a bully he is in this story. That has a lot to do with Anna not being under his control. That frustration starts to be taken out on her and that sort of thing never does anything for me. I understand that is part of the story and will make a difference… I hope. But… I didn’t enjoy it much.

Better than the first book, though the dark turn isn’t all that unexpected really. Still, that leads to more story and that always is promising.

There is a third work in this series called Corrupted, but at the time of this review, it had not been released. I will be looking for it, I hope that it will be what I think it should be, but like all stories you never quite know what happens next.

It should be interesting.