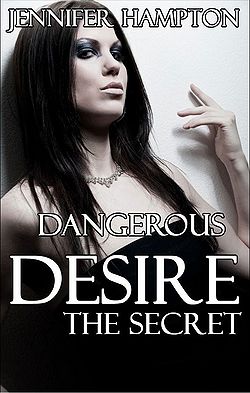 It always bothers me when I find a series of books that have Succubi appearing in them and just before things become really interesting… the series comes to a halt. It is especially bothersome when there are so many interesting threads to explore and they aren’t quite so. More so when the entire theme of the series seems to reflect… in a small way… a certain television series.

Setting that thought aside, the tease, and really it is a tease because this series hasn’t gone any further is very interesting and has a lot of promise…

It is a shame that promise has never unfolded. There are two works in the series, and I will be reviewing them together…

Sandra is blessed with a beauty that you can only imagine. However, her beauty is also her curse. Her beauty draws men to her with a mere wink, but it’s not for love; it’s lust. The lust is what Sandra feeds on-literally. Sandra isn’t human; it’s something she inherited from her late mother.

Forced to discover her true nature on her own has had it’s consequences. Sandra has taken the life of man, something that’s not tolerated in the human world. With the help of her father, Sandra flees the country in hopes that she will be able to start over. She lands in Paris, attending school abroad. Little does Sandra know, that’s exactly where her father wants her. Quickly, Sandra learns that Paris is a safe haven for those like her, and it is with the help of her eccentric human roommate Katrina, that she will be able to enjoy the wonders of her true self.

However, dangers also lie in Paris. The others can sense Sandra’s powers and there’s only on other Succubus in the world like her; Sandra’s mother. Now that Sandra knows that her mother is actually alive, Sandra will do anything to find her; however, the others see personal gain in her unique abilities. 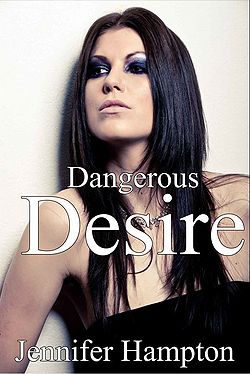 The second work in the series follows immediately in time from the second work. While the first introduces the main characters, the second is more focused on the society of Succubi, and likely Incubi, that exist in Paris.

The thing is that the work sets up something, but ends before the story can follow through on it. There is a certain amount of danger for Sandra… But where that takes her isn’t revealed save for a little teaser at the end of this work.

That more than anything else is what frustrates me the most…

Sandra’s first night in Paris serves more productive than she thought it would be. While in a Vampire Club, she runs into a beautiful bartender named Milly who’s also a fairy. It’s at that very moment that she discovers her true origin… Sandra’s a Succubus.

However, Sandra quickly learns that Vampires don’t get along with Succubi and she’s not welcome there. Caught in Sandra’s crossfire, Katrina is banished from the one place she’s worked years to gain acceptance too.

Katrina shouldn’t fret though; there’s more in this for her if she helps Sandra. There’s a problem though… Sandra’s getting hungry and discretion is rule number one for her kind in this town but; Sandra doesn’t know how to properly feed. Can Katrina get Sandra in the right company before Sandra’s cravings get the best of her?

Overall the situation that Sandra finds herself in I found to be interesting. There are hints of things about her past that are troubling. They also remind me of a certain Canadian television series with a Succubus in it. Setting that aside, I rather liked the contrast between the vampire society and that of the Succubi and, if only guessed at, Incubi.

It is the contrast between the brutal and the seductive. More interestingly is that the two sides, apparently, do not interact, if at all. I would have liked to know more about that divide, why it was and what it meant. Then comes the question of Sandra, her abilities and what that means for her. The question of Sandra’s mother, why she did what she did, why her father did the things he did and so on There are so many plot threads in this work set out in these two short works, but really none of them are settled or placed on a path.

The writing is very good, the actions, thoughts and dialogue all match the individual characters. But the clearest voice is Katrina’s I think, her reactions to what happens around her and so on. Sandra seems to be quite lost from the first moment she appears, and that takes a little bit away from her. As she gains her bearings in this world, and it is tenuous here, she does settle more and her own voice is much stronger for that.

By the end of these works, there is a cliffhanger that appears, which would be interesting to see as it would be the first time we see Sandra feed, not that she has much of a choice really for everything that has happened to her.

As well, there is a very mysterious fairy that can tell if someone is telling the truth and she reminds me of another being that was a dear friend of a certain magic user and her Succubus…

I’m giving these works three and a half out of five pitchforks.

There is a lot to like about the setting, the world of the Succubi and Katrina and Sandra themselves. I just wish that the lead up would have resolved into a payoff. There is so much promise here and… it just stops before that happens…