Succubi Image of the Week 369

A Review of the Carnality Series by D.L. Jackson

A Review of The Vampire Strikes Back by Dou7g 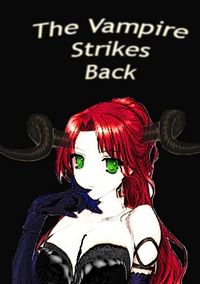 The Vampire Strikes Back by Dou7g

The truth comes out eventually. Whether that truth is the one known, but never spoken, seen but never accepted, or refused though it never fades away. To find that truth and know that the choice you made, in that moment, will mark you forever can either break you or heal you. It all depends on how much you are willing to risk in the end…

Kiki is deeply jealous of the bond between the beautiful Mage Megan and Kendra the Succubus. Hell hath no fury like a vampire scorned. Megan is gravely injured and Kendra and Edmund must put aside their differences and work together to try and save the life of the girl they both love.

Things take a turn for the worst as Kiki gravely injures Megan and Kendra tries to save her. Having nowhere else to go, Kendra asks Edmund for help, Megan’s life slowly bleeding away as they try to come up with a way to save her… and secrets come out as a result.

There is actually quite a lot revealed about Kiki and Kendra’s past and I thought that worked really well to build up both of them. It isn’t spoken of in a lot of detail, but what is, the emotions behind it, as short at that moment is, tells a lot about both of them and makes them more than they were. When Kiki reveals something about Megan and Kendra, it’s very much like a bomb being dropped in the room and Kendra is forced to accept something that she felt, but never put into words about Megan.

When that confrontation passes and Kendra has to deal with the possibility that Kiki’s actions might mean that she loses Megan, a part of Kendra finally clicks into place and she admits, fully, what Megan means to her and what she is willing to do. It also, more importantly I think, also marked a change in her personality, what she sees as being important, and what her view of the world is. For a Succubus, to have someone that she loves in return is rare and unheard of. It is this change that moves this work into a new interesting direction that holds a lot of promise I think.

Alongside of this, Edmund’s story continues and we also learn the name of the Ogre that has been training him. I will admit that the name amazed me and I laughed, but it fits really well. A moment in the story between him and Kendra is also well played because it again talks about the past, what is important to each of them, and the possibility that each can think about themselves and others in a new light. Again, it is character development in a really good way.

I like that the group as a whole are finally coming together as well. There’s a really nice friendship developing that seemed to solidify in this work. There also were some really nice “fun” moments as well that took some of the more serious moments and turned them better. A small bit of erotic fun, just enough that it’s clear that Kendra isn’t losing her touch while she’s falling in love. There are also a few hints towards the future of the series where the story is going and what all of the characters will, or are, planning to do. Megan is starting to come into her own as well, and the question comes what that means as her powers, and being “part” of Kendra’s life means as well.

It is a bit short, I would have liked a bit more in the moments between Kendra and Kiki, though I do not believe this is the last we’ve see of her. The humour, compassion and characters make up for a lot of that however. I felt like the speed of the first part of the work might have been too fast, but, again, that is made up for in the latter half of the story where the characters are able to think and process what has happened and what comes next.

I thought that it was slightly better than the previous work in that the characters seemed to find their footing in this story, have come together as a whole and this sets up what seems to be an neat adventure for them all to embark on. It will be a challenge for Megan, there’s no doubt, but as well I think there is going to be a challenge for Kendra to accept as well.

A neat turn in the series, some really nice character development, and a few important questions answered that I think matter to the series going forwards. But the question of what Megan faces next isn’t… but it will be…