Succubi Image of the Week 368

A Review of Ghosts, Monsters and Madmen by D. Nathan Hilliard 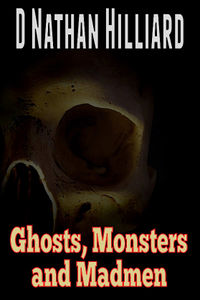 One of the more interesting aspects of the idea of Succubi is that their story of where they came from and what their purpose is, can be varied in so many ways. It is also possible to give them certain powers or abilities that provide means for either redemption or damnation.

Many times that story is seen from the aspect of the Succubus herself. But what if the damnation and redemption was seen from someone that was never meant to be? And what comes of that in the end?

The work I will be reviewing this time is an anthology of stories, but as my focus is rather specific, I will be speaking about one specific story in the collection which would be my favourite even if I wasn’t so focused on Succubi.

The work is a collection of:

Within this book you will meet the malevolent dead, creatures with a hunger for human flesh, and men with hearts hardened by guilt, vengeance, and betrayal. Spirits race on moonlit highways, judges find themselves on the other side of justice, day-trippers end up on the wrong end of the food chain, and a reluctant cat stands between his family and a primeval fiend…and much more. Things are often not as they first appear in this well-turned collection of shadows, but each story delivers with grim satisfaction. So get comfortable and prepare to enjoy a fearful buffet served by a natural storyteller. Just be sure and leave the lights on.

This collection of stories has moments of horror and at other times the horror is not that of the supernatural kind, but the human one. It is an interesting mix of myths, legends, fears, hopes and dreams that touch upon some questions about humanity’s wants and needs, but also its darker side as well.

The final work in this collection, That Last, Lone Kiss Goodbye, tells the story of Colin, his past, and the woman that haunts him. It tells of the darkness that has whispered inside of him since they kissed and she vanished. He is called by her, a year later, and the truth about Colin, and about her, becomes tragically clear.

The tragic part of this story is the truth about Barbara, the woman that haunts Colin so. She calls herself a Succubus and admits to her purpose as such. But it how she came to be, what she does, and why she does so that is tragic on so many levels. It is more so when she explains why Colin’s darkness has enveloped him and, the worst of all, what she has been responsible for and the only way she can make things right.

It is shattering to see what happens to Colin from the past before meeting Barbara, through the moment that comes at the conclusion of this story. The words within him that goad him, push him towards doing unspeakable things are strong and insistent, but what I felt was the most powerful was Colin’s own sense of keeping his sanity, his… soul. The battle that wages throughout this work tells of temptations and suggestions that someone lesser would have given way to, and, more interestingly, Barbara tells of this in the past.

As a whole, the collection is varied in subject and tone, but in each of the works the author tells of characters who remain with you, tells stories that are strong, clear, and have their own truths. By doing so the collected works are wonderful short stories that are more than they first appear to be. I did feel however that some points in the opening works in the collection seemed slightly… lost. By that I mean that the stories seemed to lose their way partway through the work before finding it again. This happened to a lesser extent in That Last, Lone Kiss Goodbye at the point in the story where Barbara reappeared, but the author was past that very quickly and as a result it is barely noticeable.

I suppose that we shall never see anything more about Barbara, which for me is somewhat disappointing. But this small tale about her leaves me wanting that and more.