Succubi Image of the Week 367

Can the Lost Girl paint it black?

A Review of Shadow Master and Shadow Slave by Lillian Hanes 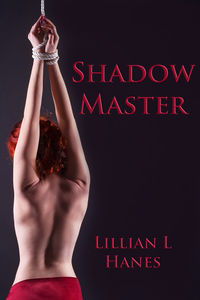 An unfinished series this time for review on the Tale. A story of an Incubus who discovers a warlock and what happens in the time after their first meeting. A story with heat, lust, devotion and need. Moments of terror mixed with submission and dominance.

A choice, or fate, encountered for the need once tasted can never be forgotten. The question is, and it is the one that matters, is whom is the one that leads or follows… Or is it in truth both?

Laen thought it would be a night like most: doing drugs with his friend and, if they were lucky, finding a whore. As an incubus, not much fazes him. But when he realizes the whore they picked up is a warlock — just the kind of girl who could actually reign him in — he balks. She doesn’t know what she is just yet, and when she finds out, maybe she’ll decide she wants him…in some form or another.

Felane had no idea this night would completely change her life. She thought offering her body to two men for a share of their drugs would be a straightforward deal; after all, she’d done it hundreds of times before when she needed a quick fix. But when one of them makes her feel something she’s never felt before, something that makes her feel more alive than the drugs ever did, and when she realizes what he is — and what she is — she can’t get him out of her mind.

Although reluctant to admit it, neither demon nor warlock can stop thinking of the other after their first time together. Their twisted and forbidden relationship grows beyond a single night of cheap sex into something darker and more pleasurable than either ever imagined.

Felane is truly a lost soul with no hope, no future, no understanding of herself, what she could be or what she might have if she did. She lives for moments of pleasure that are not real, not truly so, and in that comes the realization that perhaps it is all she is good for. As she tries to make a deal for a fix with a dealer, two others appear and she finds herself going with them in order to have her fix and in doing so, give them what they desire at that moment from her.

Laen is not human. He is a demon in disguise, looking to feed on the pleasures of others and by doing so keep himself alive. But when he touches Felane, he discovers what she is. More frighteningly, he knows that she could claim him with a word if she knew how. He takes her, they share in their pleasure and when it is over Felane knows what she is, what Laen is and their futures are intertwined evermore.

Time passes, the two meet again, and in that moment their passions are rekindled, strengthened, and the battle between Warlock and Incubus begins. The question of who is whom’s underlying and driving them onwards.

There is a lovely detailed world that is created within these pages. While it is a short story, and the erotica takes up quite a lot of the tale, there is a part told for each of them, their moments apart and together are compared and contrasted well. Their thoughts about each other, what they feel, want and desire is deliciously told and makes both characters very interesting and more so together.

Felane is, at first, submissive to the desires of Laen, but as the story moves into their future, she has grown in the idea of herself, of what she wants and more. With that comes the knowledge that the one she wants is Laen. He, of course, uses this to his advantage, to dominant her, tease her, and drive her towards submitting to him. This all moves towards a climax which is very hot and felt very right for both characters.

I’ll give the first book three and a half out of five pitchforks.

A very good example of what I like to read. Erotica with story and characters that are more than the sex in the story.

But then the question of what happens after each one has a taste of what they want? 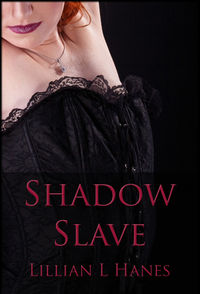 No relationship remains static over time. The problem can be one of learning new things. Or it can be forgetting what the other in the relationship cherishes most. What happens when both sides forget themselves and make mistakes that only lead towards strife, anger, mistrust, and worst of all, the need to strike back in revenge?

What is the result? Are all bridges burned away between them? Can they find a means to trust each other again? Or are they condemning themselves to lose everything for a momentary mistake?

Felane, a warlock’s apprentice, straddles the delicate line between tamer and tamed. When a slip of the tongue wounds her daemon lover’s pride — and solidifies Laen’s growing fear of her power — he punishes her, forcing her to service a troupe of underworld creatures to settle the debt. Felane welcomes this chance to mend the rift between them. No human — nor any other daemon — will ever satisfy her now she’s had Laen.

But when his revenge goes to far, nearly killing her, restoring their trust in each other won’t be easy. They must test their limits and probe the cracks in each other’s boundaries — or else their next time together may very well be their last.

Time has passed between Felane and Laen in the second book in the series. She is learning about her powers and is becoming stronger over time. Laen is there with her, teasing and arousing her so that he can feed on her sexual needs and desires. During her teaching, Felane’s concentration slips, Laen’s life hangs in the balance, and their relationship suffers greatly as a result. Later, when she attempts to apologize, he draws her into an agreement to “settle” the debt he feels she owes him. But it goes wrong, the tables are turned, and both find that what they thought they knew only scratched the surface.

Felane is much more vibrant character in this work when compared with the first. She’s progressed from a lost soul into one that has a purpose. That purpose however is entwined with the needs and desires of Laen. His need for her in return makes him do some things that drive Felane to distraction and at one point threaten his life. His reaction is well over the top and what he demands of her in order to remain is something that turns very wrong very quickly.

Then comes his greatest fear, made real by Felane, and what follows is the truth that each has. They are very powerful emotionally and the loss felt by each comes close to crippling each of them. How that is resolved, even if only to scratch the surface, becomes the core of this story and it tells a powerful story among the erotica that pushes them onwards.

The undercurrent of their relationship, of who is in control and why, makes for a story that twists and turns on this point and leads towards a moment when they come to understand that the answers are not as simple as they might wish them to be.

Again, excellently written, fully told characters and moments that make this story very powerful and an enjoyable read once more. But, like the first work, the story feels too short, as if some important things are not told and I would have liked to see them. The pacing and erotica is excellently told… But there is a moment where a question is asked about each of their pasts and the answer isn’t given. I would have liked to have seen that.

Sadly, the author promised a third work in this series and, as of this review, it has not appeared. That’s a shame honestly as the series has so much in it as a whole that leaving things as they are makes for so many questions that I would like to know the answers for.

The ending, if the third work would bring the story to a close, I think would be very illuminating and in that would come a resolution to the question of what Felane and Laen’s relationship really is meant to be or what it becomes. The mistrust and yet need that each holds so tightly against one another has, truly, meant nothing but the circling the main question that traps them both.

Hopefully, someday, that conclusion will arrive. Until then I will have my thoughts and fantasies about that to wonder about often…