A Review of A Willing Plaything by Rafaela Valdez

A Review of Seduction 101 by Dou7g 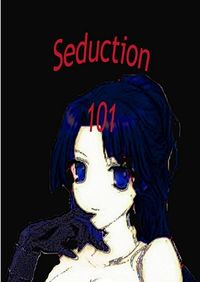 Continuing my reviews of the works of the author Dou7g in the series called Succubus Temptations. You can find my review of the first work in the series here on the Tale and you can find the review of the second work here as well. Book three I’ll be reviewing this time, the title alone did catch my attention obviously, and the teaser plot did look interesting as well…

There is an interesting thing that happens when a relationship starts. Sometimes it isn’t clear where the lines are, who’s in control, and what it all means. Sometimes the pleasure of finding out masks things that might be good to know. Sometimes that need to know isn’t as important as the need itself…

Kendra the Succubus returns to call in the favor that the lovely mage, Megan, owes her. The Succubus wants Megan to bring down a powerful force for good in the land. Despite being mostly good herself, Megan agrees to pay back the favor she owes to the demoness she loves but this requires some training in the art of seduction. Also Edmund begins his own course of swordsmanship to become a fitting bodyguard to the mage from an unusual instructor.

Kendra has a problem. One of them is that she is supposed to deal with a certain do-gooder, but she can’t actually do so. However, Megan is more than willing… in a lot of ways… to do so. But first Kendra needs to teach Megan some of her tricks… which soon become treats for them both.

This part of the series focuses, for the most part, on Kendra and Megan’s relationship in a lot of ways. While they don’t quite come out and express everything to each other, the undercurrents that are quite evident as the story is told tells of the pair’s relationship changing and shifting between them. It’s interesting to see one, then the other, be in control for a time and what happens to each as a result. There’s some really cute teasing and seduction that goes between the two and it adds that little bit of depth to both of the characters that I think needed to return from the first work.

The beginning of the work tells of Kendra, the succubus of the series, and Megan, who really feels like a succubus-to-be in this story, having a hot erotic time together in which quite a few of the seductive tricks and powers of Kendra come to the fore. When the tables turn, Megan shows that she is a quick learner and returns the favour in some deliciously hot ways. Once they come back to their senses, Kendra tells Megan of the favour she wants, and when Megan explains that she cannot be “seductive enough” to perform… Kendra shows her how wrong she is with the help of a willing friend in the castle.

There is some really nicely told succubus mind control scenes at this point which I though were perfectly told, the scenes being both very seductive and sexy, but also, at the right moments, having a bit of playful fun that I adored. I did love it when Megan found it within herself to actually be seductive, to learn the ways to be so, and it was even more cute when Kendra found ways to “encourage” Megan to continue.

The work sets things up well for the next part in the series without giving too much away. It also leaves a few hints here and there of where Megan’s tale might go from here, what Kendra intends for the future, and what else might be next. In all of that, and more importantly for me, the joy that was in the first work in the series came fully back in this one and I found it a much better read than the second work in the series.

The story was cute, fun, and had some lovely heat in it which brought me back to the first work in the series. The tone of the work, though having some serious moments in it, didn’t feel wrong or out of place and the characters all felt right as well. A couple of minor mistakes in spelling and grammar, but nothing really serious as a whole. While not quite as good as the first work, it does come close in a lot of ways, and the setting up of the story to come I think worked well.

A cute, fun, sexy interlude where some truths about the characters are revealed, their lives become more intertwined, and the story deepens very nicely. Book Four will be out shortly, and where the series goes from here I expect will have some twists and turns to be found.