Succubi Image of the Week 364

Why is the first tail the Lost Girl has a cat’s?

A Review of Fanny Fucks The Demon by Scarlett Pen 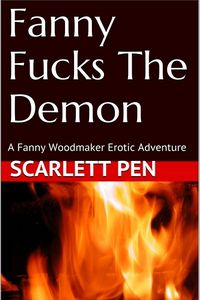 But this is a rare thing and I don’t need a calculator to add up the authors that have managed that. The biggest problem is that sex alone does not make a story. Nor does it work when one character can’t stop talking.

Fanny Woodmaker gets much more than she bargained for after purchasing a very old coin. It comes with an interesting bonus attached; one that leaves Fanny begging for more.

Fanny buys some old coins, goes to bed, wakes up to find a really ugly demon in bed with her who proceeds to tell her how he became a demon and wants something from her. In a nutshell that’s the story here. There’s no real character development, there is a huge information dump from both Fanny and the Demon which was really not done all that well considering.

Fanny seems to be, in many ways, set up to be the Demon’s plaything in what she looks like and her actions. The Demon himself is sort of interesting in a “cursed by someone famous” sort of way. But the thing is that once the information dump is over, which takes some time, the story goes directly into a lightning quick scene of sex and then the story ends.

The work ends on sort of a cliffhanger, which I have to assume means there will be a book two or more for this series. But seven pages do not a story make. It is a chapter, a very short one with a lot of information pushed out to set up the rest of the series to come.

Several editing mistakes in the work, words appearing that should have not been put where they were. The grammar is odd as well. The characters, especially the demon, talk like they are literally reading their lines from a book. It all combined to make a work that I found hard to read and in the end didn’t really care for.

The only thing in this work that I found was interesting was the curse the Demon was under and what was needed to break it. The problem with that is, looking at what happened here, the curse shouldn’t have been broken in the end. There’s a difference between what the Demon stated was needed for it to be broken and what happened here. There’s a difference between “agreeing” and “manipulating” which, again, caused me problems as well.

Really did nothing for me. If there is a next part to this series I’m not sure I want to take a chance on it honestly. More heat, more heart, more… everything needed here. Please.