A Review of Summoning the Demon Brat by Vivian Archer

A pair of Work in Progress YouTubes of Succubus Art 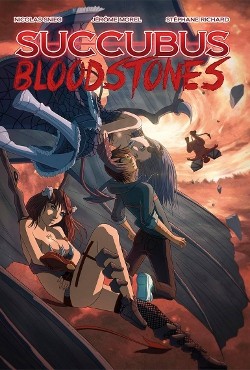 There is a comic book out there which I have only found written in French which tells the tale of a Succubus which is called Succubus Bloodstones.

You can see the cover I found of it over there to the right, and it does look interesting, and yes I have a copy and yes I am translating it as I can to understand the story better. I do intend to add this to the SuccuWiki as soon as I do have a grasp of the story…

Now the Succubus of the story is there on the cover, appearing rather pensive I think. I had been looking for a better work of her, at least to have an better idea about her overall.

She obviously has a tail, a red one, but her horns aren’t the same colour. I had wondered if she had wings or if there was something else about her that could be interesting to see.

I was looking through YouTube the other day and came across a series of two videos of an artist working on some art of this Succubus and as such, those are the videos I will be sharing on the Tale today…

And the second one:

You can find both of this videos at the following links if you cannot see them here on the Tale:

And that image of this Succubus that I mentioned, which I think is really quite unique in its own right…. 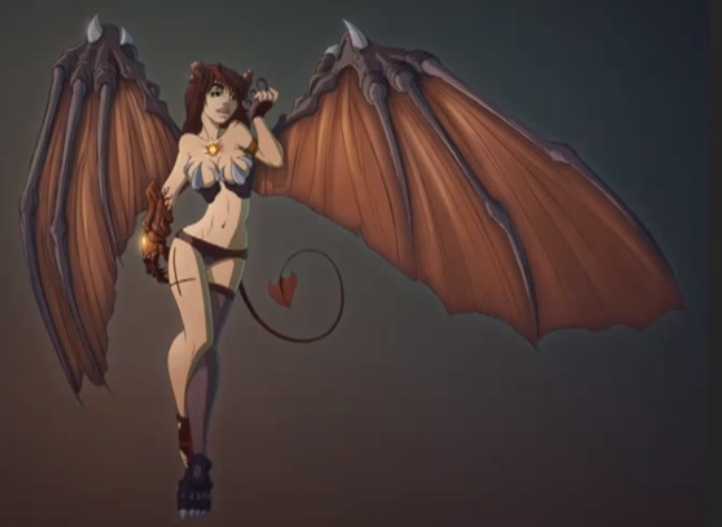 I am rather curious about her in many ways. She looks interesting and I am intrigued by her quite a lot… Somehow I don’t think she’s stereotypical, her facial expression doesn’t seem to have the usual “evil” look that Succubi generally have in comic books… I do hope that’s a good thing…