Succubi Image of the Week 357

A Review of Beautiful Dead Girl by Robert Palmer 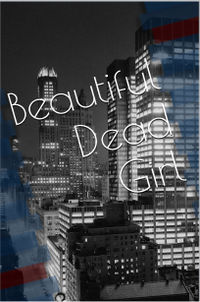 Mystery stories are interesting things. It is the journey that matters in them more than the moments themselves. It is the flaws of the characters and their world that come to mean more than what just the words themselves say.

The process of finding the answers, both for the characters and the reader is what either makes or breaks these kind of stories… and sometimes it’s a question of the questions that remain that makes one pause at the end and… wonder.

A dark and dreary supernatural romance that bridges the gap between life and death, Beautiful Dead Girl was originally published online at Midnighttimes.com (now defunct.) The short story opens the door into the troubled life of crime scene photographer Jimmy Trundle as he discovers the love of his life . . . face up and naked in an alley.

Jimmy Trundle leads a troubled, harsh life, trying to survive in the big city. He attends a crime scene and finds himself haunted by the victim he sees there… and then she begins to haunt him in return.

The story that is told about Jimmy shows that the world he lives in is a harsh one, that his life has seen moments that have beaten him down over time. The pains he suffered and still does are there to be seen very clearly and in them comes questions about events in his past that really aren’t told of, but are important to his character.

Things turn towards a darker corner when he is called to photograph a crime scene for the police. But soon after he finds that the woman he photographed haunts his thoughts. And then she comes to see him… several times. The line between this woman, Eva, and Jimmy’s reality become blurred and mixed as the story progresses towards it’s inevitable conclusion.

Is Eva, the woman that haunts Jimmy, a Succubus? For the most part she very well seems to be. Her actions, what she does to Jimmy and the conclusion of the work all seem to point out that she is one. She never appears to be one with horns or tail, but her raw sexuality and how Jimmy reacts to her seem to, again, say that she is. There isn’t really any one point in the work where it is clearly said that she is a Succubus, but in my mind I can see her being one.

To the story itself the author created a very vivid world that I found enjoyable to read. Jimmy has his flaws, but also his better side and the work gave time to both sides which made him a better character. The people that he came into contact with had their own faults, flaws and quirks which added a lot of atmosphere.

The characters are very good, the settings and scenes are well written and told. The only real problem with this work is that it needs one more editing pass to correct a number of tense errors that tripped me up in my reading. Not all of the answers are given, there are many questions at the end untold. But the work does film noir really well I thought and as a whole I enjoyed the story for what it was. A mystery and a question. It does need to be, I think. about ten pages longer if for no other reason than to clean up some of the questions left behind… But then, in film noir themes, not all of your questions are answered are they?

The work needs one more editing pass to correct a lot of tense errors. But getting past that there is a very good film noir type of story here that tells a very good story. It could be much longer, we could learn more about Eva, which would be my preference. But as a whole it tells a gripping story in itself.