A red dress does a Succubus costume not make…

A Review of My Succubus Ex-Girlfriend by John Dylena 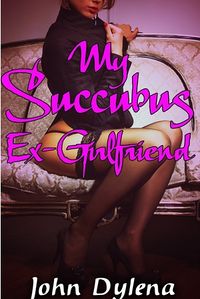 My Succubus Ex-Girlfriend by John Dylena

It’s been a little while since I have reviewed a work by one of my favourite authors John Dylena. I have really loved the stories that have been told in the Raethiana universe, a setting in while there is a world of Succubi that I’ve always felt has been very interesting.

For me, John’s best writing is when there is a good deal of character development, which normally is central to his works. It’s a lot more interesting when there is a lesson in the words, a story with meaning, and a path onwards for the characters that connects with the mythos that has been created.

And in this latest work, all of the things that I look for appear and it is, I think, the best work that this author has created so far…

Mike is a man who knows what he wants. He is strong, confident, and very much an alpha. He’s also a terrible boyfriend. So much so that he screams the name of the woman he had an affair with, instead of calling out his girlfriend’s name, Ashley.

Months after breaking his girlfriend’s heart, he finally hears back from her. Only the woman on the phone sounds very different from the girl he dated and when he meets Ashley, he notices an air of confidence and sexuality around her.

When they go back to her place, Mike learns the eye-opening truth: Ashley is no longer human. She is now a succubus, and she plans on getting revenge.

Revenge that involves Mike on his knees dressed in lingerie and in a form that is anything but his tough, masculine body.

Mike finds himself at a loss when he loses his girlfriend Ashley. It doesn’t take long before he understands that he made a huge mistake and tries to apologize. Ashley doesn’t return his call, but a month later, she calls him. She sounds different on the phone and when he meets Ashley, she isn’t the same woman he knew. Mike discovers that he never really did know Ashley in the first place and asks for a chance to make amends. When Ashley reveals she is now a Succubus, and shows Mike what the truth was, and what it is now, he finds his own world, understanding and desires being challenged. Something he will never forget.

I really liked Ashley, her personality, the story of how she became a Succubus, how she sees herself now and what that all means to her is amazingly well told and I liked every little thing that was revealed about her. The change in Ashley’s outward personality, the reveals about what she wanted in the past, what she wants now really work well. I thought that the things she tells Mike, the revelation of her becoming a Succubus fit exactly right. I did, I admit, smile at her Succubus name, and in a lot of ways I think that it works well in this story for her. The Ashley of before was lost and uncertain, not saying what she wanted, just allowing Mike to use her as he wanted to. The transformation of Ashley into a Succubus isn’t the main point of that change, there’s another reason for that change and that part of the story, when it is told, is very emotional and gives weight to why Ashley has changed so much. It isn’t just a physical change, it’s an attitude change in her. She changes in a way that takes her from a slender personality into a very strong, clear one that is sure of what she desires and is not afraid to demand it.

I have to admit that Mike’s story was fitting in some ways, he was a bit of a twit at the beginning of the story, but as well, by the time that Ashley takes control the feelings of remorse within him where very strong and I think that made a stronger connection between him, what happens, and the reader. Mike’s change in personality doesn’t happen at the point when Ashley reappears. He does change, he knows remorse and he wants to explain this to Ashley. Given the chance to do so, she reveals to Mike a hidden need within him and in doing so there’s a good sense of, if not closure for Mike, there is that for Ashley at least. That at its core is what makes this story wonderful. It is the story, the telling of it. Heat, passion and story combined is always a good read.

There’s a lot of threads that run through the story, and the transformation scenes I think are some of the best that John has written. The scenes were smoother, more refined, more complete and I liked that a lot. There is a bit of mind control in some of the scenes, there’s a shade of D/s relationships being explored that I thought worked well. The connections of past works appears here and there, but if you haven’t read any of the previous works in the Raethiana universe, you won’t be lost in this story.

There are a few questions that are left behind in the wake of the story which leave some very interesting paths going forwards in the Raethiana universe and I really look forwards to seeing where the postscript in this work leads to. Emotionally I think this is the most powerful thing John has written. There’s a lot of depth in the characters, a lot of story to tell about each of them and in that comes a story that has all of the pieces fit together. It’s very involved, it isn’t a piece of fluff or a quick read that leaves your thoughts soon after you are done. I can see the excitement, the thrill in writing this story in every word and that is one of the things about it that makes it what I think is the best work by this author so far.

As a whole I feel like the work was of the right length, told a complete story and allowed for the characters to be developed fully. The writing is sharp, descriptive, and I didn’t want the story to end. It does, of course, and in a way that I thought was both poetic, in its own way, and as well left an imprint on Mike that wasn’t something that would be forgotten.

Simply adored this work, recommended ever so much, and well worth reading by far. I hope to see Ashley again sometime soon, she fits in ever so well with this universe and that would be something to watch for…

Or watch out for, depending on her mood of course.