A Review of The Succubus by Julian Marshwood 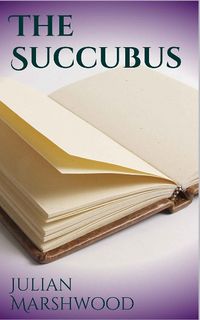 The Succubus by Julian Marshwood

Daniel Bankston is having another normal day is his unfulfilling life when he discovers a mysterious old tome in a strange little second-hand shop. He soon discovers that this book holds more secrets than it originally appears to. When he accidentally summons a beautiful and seductive lover from beyond, his day suddenly becomes much more interesting.

Daniel discovers a store, a book, and through his choices, discovers that Succubi are quite real beings with one thing on their minds… sex and as much of that as they can possibly have from the ones that summon them.

The summoning brings into Daniel’s life a Succubus who tempts and seduces very well, but after the promising beginning, the hope I had for a lovely delicious piece of erotica were taken away by the time the climax came in more ways than one.

A hot succubus who tempts, teases and seduces is nothing if she is stereotypical, and this one is. While the erotica is lovely and hot, the climax of the story was one that was obvious from the first mention of the book Daniel found, the lead up and so on.

We never learn the name of the succubus, instead focussing on her body more than anything else really. She has personality, there is no doubt of that in my mind, but it is overshadowed by the spell Daniel used to summon her and the cost of the summoning.

The story was a tease in more than one way. It teased characters that provided things, teased a main character in learning something about them and teased the succubus of the work in that we learn, really, nothing about her.

I’m not sure that how this story closed was the best way as if left much unanswered and took what was a good sensual story and turned to towards a piece of horror.

Overall, the writing was well done, but there were moments that felt like afterthoughts to pad the story because the erotica alone wasn’t enough on its own.