Succubi Image of the Week 346

A Review of Incubus: A Short Story by Nicholas Taylor 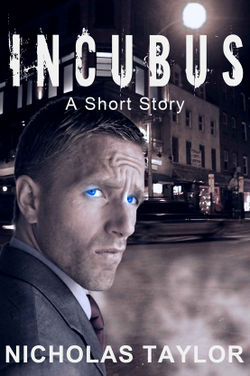 Not all stories are romance, days in the sun or are all happiness and joy. Then there are others that are darkness, loss, and despair which take the life out of their characters and, sometimes, their readers as well.

It;’s a fine line that some authors can manage to walk along well. The question is, what’s the point of the story if they do?

Not all out of town business men are as harmless as they seem, and sometimes the scary stories told around camp fires have some truth to them. Lewis Rudnick isn’t just in Denver for work. He’s a hungry Incubus that’s in town to feed.

Lewis is an Incubus and he lives in w world where there are very few of them to be found. His world is similar to ours save that beings of magic and myth are very real and exist alongside of humanity. But there are rules and one of them is that killing humans means certain death.

The thing is… Lewis has no choice and to survive he has become an expert at doing so and covering up his tracks. But in doing so, who he is has become entrapped with what he must do.

I found it hard to like Lewis, mainly for the overwhelming darkness that floats in his thoughts, actions and manners. He is cold, calculating, and in truth he has to be to survive, but the story remains focused on that for the most part and he doesn’t develop very much as a character.

Except, he meets a woman in a bar, expecting to feed off of her a little and finds that not as simple a thing to do as he expects. I expected some kind of change in him from that meeting, but it was drowned out by the need he has to survive.

Setting aside Lewis’ problems in the story, there is a universe there that seems to be interesting, if only hinted at, and is returned to in this author’s longer story which you can find on Amazon and elsewhere by searching their name. There is a hint of Succubi in his world, what they do to survive and his feelings about it. But only a hint. There is a hint about what they as a species must do to survive, and there is a good explanation for it which I appreciated as well. But it is all fleeting for the story is driven even in the glimpses to return to Lewis and his life of despair and the evil he must do to survive.

That is the point of the story of course. There is no real emotion other than his through the story. There is no other point of view than his that comes to the forefront. It all comes to his ranting within himself at the universe and the game he is forced to play.

The writing is very good save for a minor tense change at the beginning of the story which felt out of place when I read it. One other thing that bothered me was that the work is billed on some sites by its page length, which is thirteen pages, but the actual story is only seven pages in length with the balance being self-promotion and so on. I think that the author would have been better served with about five more pages of story and a lot less of that. Questions were left unanswered which I will assume are answered in their other works, but it would have been nice to tie this work into their other works better as the connections here are tenuous.

I understand why it is such a dark world for Lewis.  I accept that it is a poor existence for him. I see that there is a glimmer of hope, but that’s crushed by his past almost to the point of non-existence. To have all of that in seven pages is an accomplishment, don’t get me wrong.