Succubi Image of the Week 345

A Review of The Succubus Series by Vanna B 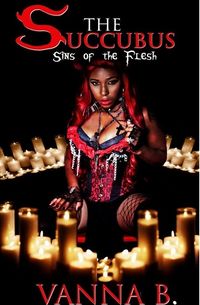 The Succubus: Sins of the Flesh by Vanna B.

One of the things that bothers me more than anything else when someone writes a story about Succubi is that they appear as being, for lack of a better description, beautiful monsters. They are written as creatures with no soul, no real caring within them. They are simply existing in the story as a means to shock and then draw others in the story to do poor things. I do not enjoy horror. I do not enjoy horror that attempts to give meaning to itself by wrapping itself in the guise of erotica.

Perhaps when authors write something like this they should clearly say that the work is horror and not really erotica. In doing so I might have taken a different approach or had other expectations in the works. Still, the promise I thought I saw at the beginning quickly turned into something that just turned me off completely. If the second work hadn’t been free, I don’t believe I would have looked at it either.

In short, the series I read recently did nothing for me. As such I will be reviewing the two parts of the series that I did read and I will not be continuing to follow this work for a very simple reason. I have better things to read and better works to enjoy than this was. 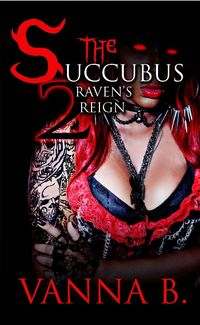 The Succubus 2: Raven’s Reign by Vanna B.

There is a third work in the series, but as I did not read it, nor do I wish to, this will be the extent to my review of this series. I have to assume that as dark and horrific as the series was to this point that the third work isn’t any better. What bothers me the most is that the concept from the summaries that are listed with these works makes them seem like something I might like. Perhaps that is the biggest problem of all.

The first work in the series tells of:

Dressed in strange clothing and covered in tattoos and piercings, Raven DuBois appears to be just another goth college student rebelling through her unusual, dark style. Darrin Brown, on the other hand is as boring as they come. Before moving to NYC to complete his sociology degree, the Average Joe knew nothing more than church, the four walls of his Detroit home, and his Plain Jane girlfriend, Melody.

Raven is spontaneous…unpredictable…dangerous. She’s unlike anyone Darrin has ever met and he’s instantly intrigued by her unique style, killer body and seductive ways. But he soon finds there is much more to her than meets the eye.

After getting a taste of what Raven has to offer, Darrin can’t get enough. He soon falls deep under her spell and will do anything she asks of him, without questioning. He finds himself a pawn in her wicked game; a game in which he stands to lose more than he ever imagined – including his soul.

The second continues with:

Darrin is no longer the shy, scared boy he used to be. The newfound confidence Raven helped him discover, along with his good looks, laid back swagger, and charming smile, cause women to gravitate to him, and each night he has a different woman in his bed.

But none of them can compare to the fiery demon temptress whose seductive ways keep Darrin at her beck and call. He will do anything to make her happy, even carrying out a murderous mission to make her upcoming birthday one to die for. Carving up thirteen innocent women to please Raven is a piece of cake for Darrin, but a vigilante demon hunter comes along to crash her party. If things go according to her plan, there will be no icing and no candles because she intends to blow Raven’s fire out forever more.

As much as the summaries might suggest there might be some erotica in the works, there isn’t. There is a great deal of pain, suffering, abuse, hate, and more negative emotions that any kind of heat generated from the story is lost in it.

It is a repetitive cycle of abuse followed by actions to gain favor which lead to more abuse. There is no real substance to the works save for the moments of horror and abuse that the characters suffer though. So why is that so?

Why is it that what begins as what might be an interesting entanglement turns into a story of personality change, loss and in the end, suffering for so many? There is no respect for the female characters in the work, they all turn into fodder for a misguided belief which the demon, and she is a demon and not any sort of Succubus by any stretch of the imagination, is forcing on the male lead character.

There is a D/s relationship in the work, or at least it attempts to be one in the beginning but really all it turns into is abuse and lies for an end. That is not any kind of story I can enjoy. I did not. I cannot recommend a story where abuse is the core of the story and everything else is muted by it being so overwhelming.

One pitchfork out of five for both.

That one pitchfork is for the concept and the beginning of the series. It is a shame that the promise in the beginning was tossed aside for the mess it turned into when there was a good interesting plot that could have gone somewhere without resorting to the scenes of murder and destruction that appear.

I don’t like horror for the sake of it. I don’t care for a story that is more about the horror and what goes into it than the characters themselves. Most of all I dislike stereotypes. and there are a lot of them in these works.

I cannot see myself finishing the series for how I felt after reading each work. The thing that amazes me most of all is that so many people are giving these works five star ratings and it doesn’t make any sense to me why they do so. The reviews are vague to the point of almost being advertising and I wonder if they are.

Of course it is all about personal taste. For me this series leaves a bad taste.