The costume that wouldn’t die is back… again…

A Review of the Ari Lasher series by Sarina Asheford 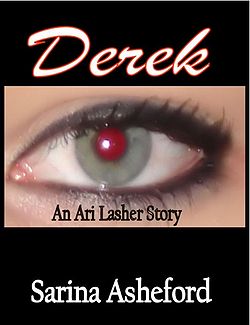 It is common for many Succubi to be written as having no hope, no will to try to be more than they are. It seems like the idea of a Succubus begin more, having a little bit of joy in their lives is something that they cannot have. But what if they can be, even a little bit happy and win something for themselves?

I found two short works that tell the beginnings of a story about a Succubus named Ari and her world… a very well told one at that.

When Ari meets a sexy man who can detect her succubus activities should she come clean and tell him the truth about her mysterious glow or convince him that there’s something wrong with him?

Confessing leaves her vulnerable and possibly alone, insulting him will definitely leave her alone. It is decision time for the centuries old succubus and she finds herself feeling like a young girl dealing with a first love.

Ari is a Succubus, and she became one in order to exact a measure of revenge against someone that wronged her many years ago. She finds herself drawn to a place where she meets a man, something she didn’t expect. named Derek. They are drawn to each other, share a moment of passion and then… Derek knows that Ari did something or rather is something different. She tells him what she is, expecting him to run away… But he doesn’t.

And that, truly, is a really amazing hook for a story when you think about it. What follows is the entwining of two beings, one with a good soul, one that believes she has none and their attempt at understanding each other.

It isn’t the erotic that drives this story forwards, it is the emotional connection between the two of them that is captivating. The opening of Ari to someone, for the first time, that can accept her for what she is, and wants to be with her… That brings out the real Ari from beneath the Succubus. And while she has no horns or tail, she does, and has taken others in the past of course. But it is where she makes the choice to protect Derek, to not take from him and corrupt him as she has done to others in her past that is telling I think. 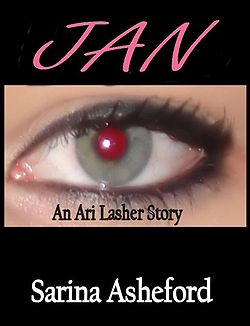 The past is something that haunts us all. We can remember our mistakes, the things we did that at the time seemed like the right thing to do… but were not.

When you see the present of someone else, knowing what has been and will be, that isn’t the problem. The problem is when you have little choice but be involved and not for the right reasons… But what if you had someone to help you find a way to make things right? That becomes a more true journey in yourself as well…

Can Ari face her own past and help an abused woman? Recruiting has never been Ari’s thing. She knows why she is a succubus and it’s a great life for her, but the idea of convincing someone else to sign over their soul for an eternity of siphoning soul feeding of unsuspecting sexual partners is not one of her job duties.

Jan Moss has been suckered into an abusive marriage and she is at her breaking point, if Ari can’t save her she’s got few options. Her husband is going to kill her or she is going to kill him. Will she be willing to sell her soul and become a demon for her freedom?

In the next work of the series, Ari is told by those that she “reports” to that she is assigned to bring another into the fold of the Succubi. When she sees who that person is, what her life is… then her dislike for doing so changes. Jan’s situation hits very close to home for Ari and in the end, with some help from Derek, she decides to make a difference… But in a way that those above her do not quite expect.

With this work, Ari’s real personality comes to the fore. I especially loved that she liked to make muffins and enjoy them very much with others. It really is a lovely personality quirk that makes me like her even more than I did in the first work. While the first work was mainly setup and introduction, this one develops Ari into a fuller, more real character. The same is true of Derek as we learn he is perhaps a bit more than he seems to be, though that question isn’t answered in this work. There is also the appearance of the Succubus that transformed Ari into one as well who has her own quirks and oddities.

While a large portion of this story revolves around Jan, it is seen for the most part through Ari’s eyes and in doing so there is more told about her as time goes on. She has her moments, some sad, some very happy. Many of the happier moments are through Derek for which I am quite pleased to have seen. When the climax of the story arrives, there is a lovely erotic Succubus scene to enjoy, but it is the choice made by Jan that I found interesting and made me wonder about some of the things said about Succubi in this universe.

I give this work four and a half out of five pitchforks.

But now comes the problem… The author wrote at the end of this work that there was going to be a novel or something similar appearing… and it hasn’t. I really would like to see more of Ari, the muffin loving, intelligent, in love Succubus, her lover and her protégé.