A Review of La Petite Mort by Miranda Schnack 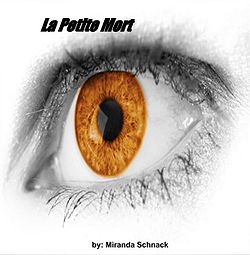 Another work I am reviewing this week that has an Incubus as one of the main characters of the story. While this is a rather short tale, there is still quite a lot to like in it. It’s a moment in time where a decision is made but the repercussions are not clearly understood until it is far, far too late.

Unfulfilled desire fueled the passions of the Incubus, the old crones said, and with his arrival, death was certain to follow.

Claudette knew the price one would pay, had internalized the warnings all her life. Still, endless nights of unrequited desire, of passions left to rot was more than she could bear…

This work is, quite simply, what I call a “hot flash.” A bit of setup, introduce the characters and then straight into the sex scene. Which is what this story is about really. The Incubus at first teases Claudette and slowly drags her towards what is, really, an inevitable fate.

The Incubus is that of the classical one in that he is evil, moves her towards her needs that have been building in her for sometime, and then takes her page after page. To be honest that sounds better than it actually is for a few important reasons.

The first one is that, for whatever reason, be it the author or Amazon’s formatting of the story, paragraphs are jammed together, spaces are missing between sentences, and there are other minor nits in the grammar and structure that I found took me out of the story quite often.

The second is that, it is all tell. The Incubus tells us about Claudette, about her life, about what she feels, what he will do to her, and so on. There isn’t really a lot of Claudette’s own thoughts save her reactions to the Incubus’ playing with her body and mind. That would be alright, but here that devolves into moans, cries and pleading more than anything else.

After a while, that just lessens the impact of the story as a whole for me. I understand that Incubi, and for that matter, Succubi, are sexual beings. But in truth aren’t they or can’t they be more than that?

One last thing that bothered me was that the end of the story was telegraphed from the first paragraph of this work. All of the truths about the Incubi are repeated over and over again which leads to a point in the story where the work just devolved into the taking of Claudette and nothing more.

Not the worst thing I have read, and I have seen much worse. It’s a shame that the story is so very short. I think that it would be a good core of a story, but it isn’t a complete story on its own. That’s a shame I think.