A Review of Changeling by Gulliver Noir 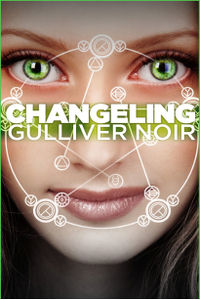 There’s something that bothers me in stories about Succubi. More accurately what concerns me are stories where one of the characters is, in a way, a Succubus, and for a good deal of the story they are sexual beings who bring fantasies to life and are known as such in the universe they appear in.

What bothers me is when that story path goes off the rails somewhat and turns into something that’s more tending towards horror than it is erotica. While that might be for some a thing they enjoy, for me it’s a rather difficult thing to deal with. Especially when the work starts out so very well.

The Girl with Green Eyes. Urban myth, or modern day succubus? Meeting Green Eyes means mind-blowing, toe-curling, soul-shattering sex with the girl of your dreams, wherever and whenever she might find you. The only catch? You’ll never see her again. Green Eye stories are everywhere—she’s a cultural milestone, an urban legend, and as it turns out, 100 percent real.

As a soon-to-be Ph.D in sexology, Clyde is prepared to go the distance with Green Eyes, to penetrate the mystery of the busty, caramel-colored girl in the library, uncovering a world beyond his imagination.

Because for Clyde, Green Eyes comes back to finish what she started.

Clyde has a problem, rather a huge one and the Girl with Green Eyes appears to help him with it. But things don’t quite go as the legends say and she promises that he will see her again. And he does with some quite serious consequences for them both.

As a whole, this story is really very interesting, not just for the erotica in it, but the story itself, the myth of the Girl with Green Eyes and what happens to Clyde. At the beginning, the story has some delicious heat in it which is then followed by a mystery to solve. What happens after that is sort of closure for Clyde but it opens up a new future for him.

All of this is told well, is gripping, and the work is a page turner. The problem comes, for me, when the story moves away from the mystery and erotica into pain and suffering which really does nothing for me at all. While that is part of the story, I found it hard to read and it took away what enjoyment I had from the rest of the tale.

That is all the worse for the universe itself because the questions about Maya, the Girl with Green Eyes are many. Some of them are answered in an tangental way, but many questions remain to be answered which needs another book to do so. What she is also isn’t quite clear though some interesting theories are told by Clyde as he learns about her. Is she a Succubus? Well, in many ways she is, but then she also, as Clyde notes, fills in many other myths and legends, ancient and modern.

But as much as I liked the story, the sudden turn of events at the climax just before the work draws to a close are troublesome. I cannot quite connect the dots from where the story began to where it ends. Going from erotica to suffering… Just doesn’t work for me well.

I’m not sure that the best place for this story to go was where it ended up. Now, there is a note at the end of it that the author is working on a sequel, or part two and I think I will read it. There are a lot of questions they have set out in this story and I’d like to see some of the answers appear. As it is now, it just didn’t end satisfyingly for me. And I wish that it didn’t.