Succubi Image of the Week 331

A Review of Emerald Eyes by D. A. Riley 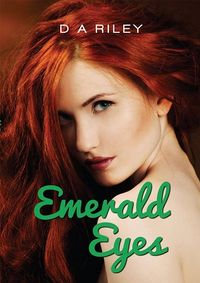 Emerald Eyes by D. A. Riley

One of my own personal beliefs about Succubi is that they are not as evil as the legends make them out to be. That isn’t to say that there are some that act poorly, do awful things and, as a whole, are dark things in both body and spirit.

But, and this is important, there are others who are not. They have in them a power that those others cannot come to terms with. It’s a shame really because in the end, as the saying goes, those that live by the sword shall perish by it.

The Munroe sisters are “essence stealers.” Their gift—or curse, depending on which one you ask—allows them to consume a man’s essence through their alluring emerald eyes, purely for self-gratification.

The death of their parents’ brings together the total opposites, Lacey and Kate. Lacey is innocent and kind. She wants to find love naturally, not steal it. Wild and self-indulgent Kate believes men exist solely to provide her physical pleasure. The twins have been estranged since Kate stole the man Lacey loved.

Though their reunion brings up painful memories for Lacey, it helps her heal. She decides to let go of anger and find love again, which she soon does with a handsome Colorado rancher named Jack. The relationship eventually becomes strained, though the passion never does, because of the distance between Lacey’s home in Texas and Jack’s in Colorado.

Will Lacey and Jack make their relationship work? How will Jack react once he knows about Lacey’s power? Will the presence of another “essence stealer” in their lives affect the trust and love between them?

Lacey and her sister Kate are opposites. One is light, the other is dark. Both are not quite human, but Lacey is more human than her sister is. The mystery of both who they are and what they are unfolds in this story and in doing so we see something special. A story of the fear of what one could be and the promise of what one will be.

They are not quite Succubi, though they can be seen as such. I liked that they didn’t take souls, at one point a note being made that they cannot do so, but they take something more important. They take what makes a man who he is. Lacey has never done this, but her sister Kate has. What happens to Kate is at the same time terrifying and yet poetic in a way. It does speak to what happens when all we are is the darkness that eventually consumes us.

It is that fear, more than anything, that makes Lacey hesitate when she meets Jack. She worries about why he is smitten with her, if it is her doing, and it is a theme that runs throughout the story. She needs to know that Jack loves her because he does. That question, sadly, is one she fights with and is played upon by another of her kind who, tragically, is so very much like Kate.

The story does touch on what Lacey and her kind are, telling much about them, and yet it does not get in the way of the larger story. The story is of Lacey finding the one thing that all of her kind seek and how she can hold onto that.

There are a few points in the story that while taking the story forwards, seemed to be piling one issue or disaster on top of another. I’m not sure that really needed to happen, one major event in the work being more than enough to force the issue between Lacey and Jack. The amount of uncertainty in Lacey, a character who is, by all that she says and does, seemed to be strong willed, sometimes was too much and hurt the work ever so slightly.

But when that uncertainty is dealt with and they are together, even in simple things like having dinner, or reading on the couch together… Those moments I just adored. The connection between the two of them is very real and passionate, leading towards some wonderfully hot scenes that play out perfectly. The joy that comes with them together is palatable and adds a dimension to the story that just fit all of the pieces together.

The conclusion is perfect in how Lacey deals with one final, really sigh inducing, issue that comes between her and Jack. But as well, there is a lovely opening to another work that the author left open and it would be nice to see that happen sometime. The future glimpsed in the last chapter for them I think needs to be told if for no other reason than to close Lacey’s story with her dreams made true.

Written so very well, the author has a very few mistakes in the text, a word or two missing or a letter falling off a word, but their characters, settings, emotions… All are wonderful and in the end, make for one of the best Succubi works i have read this year.

A well deserved five out of five pitchforks.

A wonderfully touching read that tells of hopes and fears so desperately felt by Lacey and Jack, how they deal with the troubles that appear before them, but it is so much more than that.

It is, in a way, a realization of a dream. The best kind of stories are those.