A Review of Dominated by the Wolf by Ashlee Alexander 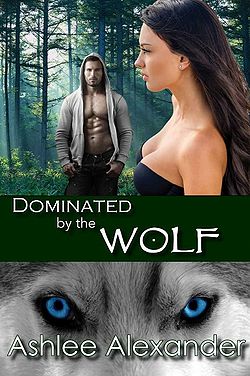 Dominated by the Wolf by Ashlee Alexander

A question that I’ve thought about from time to time is… Is it possible for a Succubus to refuse herself? To manage to control her own needs and desires so that she remains, as much as she can, human. Some can, though it is not the easiest of things. But what if, on chance, you discover there are others around you that you can come to love… and they will not wither at your touch.

What happens to the walls you have built up around yourself?

A lonely succubus meets her match in a sexy wolf…

Cursed by her succubus bloodline, Catherine craves physical contact and companionship, but her vampiric tendencies are harmful to those around her…if not deadly. Her life changes forever the night Gerard Lockhart, a sexy werewolf, steps into the diner where she works. Catherine is drawn to his magnetic energy, sensing that he is different from anyone she has ever met. Will he be strong enough to resist her supernatural powers?

Catherine is a Succubus, but for some time she has tried to refuse her existence. Not making relationships, trying to be alone as much as possible she manages to survive but not really live… until she meets an odd man and her life changes in ways she never imagined.

Catherine is a very complicated character in that she carries the baggage of her mother, being abandoned by her, and having to move all of the time so that she never kills again. Killing her love was enough to scar her for life by far. While she is a Succubus, has the powers of one in that she attracts men, isn’t really liked by women, can sense the emotions of others and meld herself to their wants and needs, the question of her form isn’t quite clear. There are descriptions of her wings, but not clearly at a few points in the story, but little else.

The detail of the story tends to be in the werewolves that she meets. There is history there, quite a lot of it, and it allows a really complex plot to begin to form quite quickly. There is one character who I felt very sorry for from the first moment Catherine meets him and I had wondered if they might have a relationship. When that didn’t come it felt… empty.

It’s obvious that Catherine is going a bit drunk on having so many to feed upon, the effects are like she is losing control much of the time and revelling in the moment. I felt like the shift from “never will” to “always can” was a bit too much and I wondered how she could lose her self control so quickly. But then I recalled that she could become what others wanted in knowing their emotions. That’s fine and it fits, but then is Catherine now not herself? Is she now simply what Gerard wants?

It could be very possible…

Catherine’s story sounds… familiar… in a way though it isn’t. I would have liked to see her “be” the being she is suggested is in her form… Perhaps the next book will show that and answer the questions I have about her… I know that her release from her self-imposed bonds is important and guides the story forward… I just could have used a lot less blood in the way of the story…