A Review of Succubus on a Submarine by Sinn Lee

Succubi Image of the Week 328

It is a little costume, but not that much a Succubus 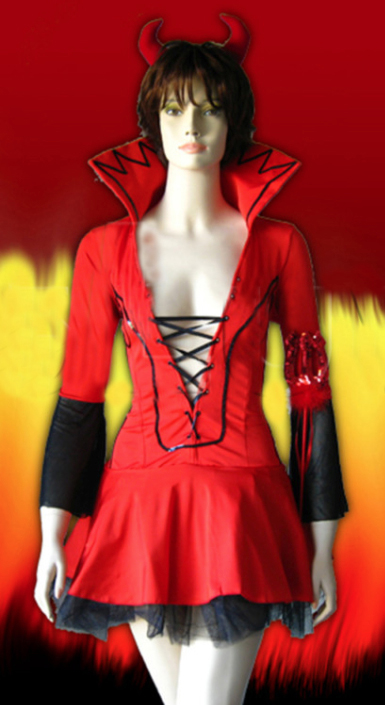 I like cute in a costume and really it shouldn’t be that hard for that to appear in them. The right look, the right shape, the right accessories, all of them should be able to come together and make a costume better. At least that is my theory, but I have been proven wrong many times before…

This is called the Sexy Lil Devil in Red Halloween Costume and it comes with the dress and horns and the pitchfork and nothing more. It sells for $45 US on several sites I have found it, though it does appear for less occasionally.

Overall there really isn’t all that much to this costume, though I will say that if the high collar wasn’t there I would like it more than I do.

It reminds me of several similar costumes that have appeared on the Tale before and if it is, then it would be, I believe, the fourth of fifth different version of the same idea that I have seen from the same costume manufacturer.

I can say that because in every one of the pictures I have seen, that same lousy pitchfork appears in the images which just disappoints me even more.

This is becoming repetitive and that should tell the manufacturer that they need to think of something new. But I doubt it…