Succubi Image of the Week 326

A Review of Forever Kiss by Christy Lynn 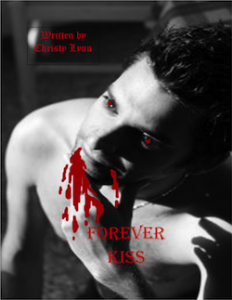 An Incubus slash vampire story this time to review, it is a free work that you can find on Smashwords if you’d like to read it. I do have some problems with merging the concepts of Incubi and vampires together, I always have, but sometimes if the story is really well done I can get past that issue.

It’s nice that sometimes that does manage to happen like in this case.

Lucian was a true hedonist. He demanded pleasure at any cost. He feeds off others unknowingly while he sucks their energy and Chi. His lust for pleasure always unquenchable became ever more intense in his mortal death. He was a skilled and giving lover and now in death treated his female conquests the same. He made them believe in him and the promise of love that secretly eluded him. When they were his and gave themselves freely, he fed. He carelessly had tossed them all aside when he was satiated, until he met Deirdre.

Lucian is an Incubus in a way but also a vampire as well. The story tells of his feeding on emotion, on sexual energy and sex itself, but also that he has, and does, take blood from those he feeds on. However, in this work the blood isn’t what matters to him, it;s who Deirdre is, what she represents, and what she does to him.

There is a hint of some mind control being used, or rather some emotional control and direction so that Deirdre can overcome her own fears and perceived short comings. It’s very sensually written and if one ignores the appearance of Lucian’s fangs at one point in the story, he is a very well portrayed Incubus. It’s a little off-putting that he thinks about his past and what he wishes he could feel and do as he is now, which reflects that he is a vampire as well of course.

That’s the point were I have problems with mixing Incubi, or Succubi for that matter and vampires. They are two different kinds of being in my mind and the two together have never worked for me well. Save for this story and that’s mainly because the vampire is held at bay for the most part and the sexuality of the Incubus drives the story as a whole.

I thought it was well done when Lucian was confused by Deirdre’s actions towards him and how, being from a different time, his own tastes and manners sometimes do not match well with the modern world that they both exist in.

As characters, both are well fleshed out with their own personality, views, needs and desires. They have a history which has shaped them and the way they are drawn together, one overcoming their own insecurities. the other discovering their need for the other, flows wonderfully.

Lucian is described as being more vampiric than incubus. No horns or tail, but his raw sexuality and desire is done to perfection. Deirdre is not what one would expect in a work like this, but Lucian’s desires and preferences link to her own image. The transformation of her self image towards something more makes this work wonderful.

But it is short. The tale comes to a close at a point were I want to see what comes next for the two of them and it’s not seen. A larger more involved story would be wonderful should it ever become real.

Well written just really wish there was more to the story than the little that is given here.