The Declaration of the Succubi by Legion

A Review of Monsterhunters: My Brother’s Succubus by Lorelei Black 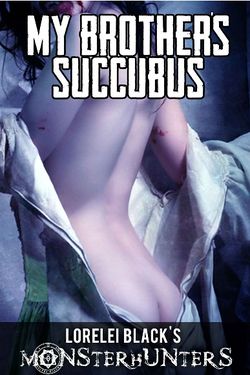 Retitling a work bothers me… a lot. I think it’s unfair to those that have purchased the same book and see a new work by an author and purchase it expecting to find a new story. It’s a unkind means of sales, and it really makes me like a work less than I otherwise would have.

Not that I might have liked the work in the first place of course, but that’s another story, even if this isn’t. I’ll try to not have the reissue taint my views of this work, but, honestly… it’s not easy to do so for a lot of reasons.

Tyler and Misty are Monsterhunters. They’re investigating a string of murders, when Misty wakes up to find her stepbrother fucking an unknown woman in their hotel room.

When she realizes the woman is a Succubus, a demon who lures men into bed and kills them, it’s already too late and Misty is captured and forced to fuck her own brother.

This isn’t exactly how Misty had imagined it, but she’ll take what she can get…

This is, for the most part, kind of an origin story about a brother and a stepsister that are in the monster hunting business for lack of a better explanation. We learn a lot about their past, their relationship and then are thrust into one of their current cases which involves a lot of young men being killed and then being drained of their blood. And this leads them both to enxounter a Succubus who takes advantage of Tyler before making Misty have sex with him. And in the aftermath, things are really a lot different than they were before the Succubus was involved in their lives. 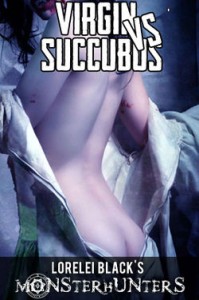 It’s actually an interesting story in the beginning when the origin of the two are told, and it sets up some interesting possible themes and stories for the future. But then the story drifts into the heavy sexual tension between the two of them and that evolves towards Misty showing off herself to Tyler and he to her.

Once that’s past, then the Succubus appears, has her way with Tyler and, for the time she is there, she’s interesting in a few different ways. There is a bit of a hint of some kind of Egyptian background to her that we never learn anything about nor is it explained why she acts like a vampire and takes blood from her victims. So, I’m kind of split on her. She’s interesting, but a bit too monstrous for my tastes. She is also, extremely dominant in nature to the point where she abuses both of them in the room with her… and she appears for much too short a time.

Then comes a shift in how Tyler acts, and what he, for lack of a better description, demands from Misty. I have the thought that somehow the Succubus has changed both of their attitudes and possibly that explains what happens and that’s part of why I have problems with this work.

Both the Succubus, and for that matter Tyler and Misty really are very dominant and abusive in their natures. While that gives them personality, it makes it hard to want to read another book about them.

And I thought that’s what I found when I discovered the second title from this author, but I was so very wrong about that. They simply retitled the work as far as I can see and then published it in a way where someone that bought the first book would have to buy the second one as it seemed to be different.

Should there be another work in the series, I admit that I will think about buying it a good long time before I do so. That’s a shame because the author tells a good story even if the erotica is more violent and harsh than I personally like to read.

Yes there is a Succubus in this story. Yes she has her way with both main characters to a point. But really the entire point of the story was to get brother and stepsister into bed together. The Succubus could have been taken out of the story and she would have never been missed.