A Review of Succubus by Stephen Chadwick 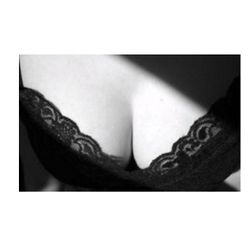 It is, really, a fairly common thing when Succubi, or creatures like them are portrayed in their more horrific forms. That aspect of them is one of the things that they are known for and, as such, will always appear.

The question that I almost always have when a story turns in that direction is, does it add anything to the story or is it horror for the sake of horror?

Some writers can manage that well, I know one personally, but many cannot do so…

I think that I am of two minds about this work. On the one hand there is, really, quite a lot of horror in it and that’s a bit of a problem for me. See, I understand the reason for it being there, why it is and how it comes to pass… but I just found it muted the rest of the story. By that I mean what happens to the man in the story, as he is ensnared and falls to his fate, was a bit too much for me.

The other part of that problem is the Succubus herself, what she is, what she does, and the result of her taking him. I just found the descriptions hard to read through and… it really just made the entire work a battle for me to finish, which it didn’t need to be.

The other part, the control, the changes in being, the way things were drawn towards their conclusion… That was interesting to me and was a draw. If that had led to an open ended conclusion, I would be okay with it. The issue comes with the reveal at the end of the story, what it means and, in the end, what she really is.

She’s not really all that much of a Succubus in my thoughts as she is sort of a trap… A very persistent and deadly one at that. The question that kept coming into my thoughts was, is she a Succubus? The answer I kept returning with was: Sort of? Kind of? As the story went on that became more and more the issue and when the horror aspects appeared… I just lost my way in the work.

When the ending came, I did get why it was how it was. But to be honest I didn’t care for it very much even if the scene did match with some aspects of the myths of what a Succubus is. I’m fairly clear in my thoughts that this is less a work of erotica and more a work of horror. There is bit of both that intermix of course, but in the end, for me, the horror was too much.

Some will like the themes, some will enjoy the path taken and what transpires… I just found myself not liking the work for the same reasons. Horror is, but it does not have to always horror…