I’ll Never Be – Part One by TeraS

It isn’t quite a hot costume, but it is a start… 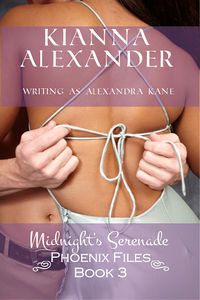 I think it is always a good thing for a Succubus character to be intelligent, resourceful, and perhaps, just a little bit sneaky when she focuses on something she wants. But along with that must come some self doubt, some self examination and, sometimes, the willingness to be who they are in spite of what they may fear about themselves. That fear can be overpowering and if left unchecked makes some needs they have fears.

Dr. Le’Kisha Byrd, is a modern-day succubus and brilliant scientist, who just created something that will have a lasting effect on world affairs. It’s the culmination of years of hard work and research- but now that’s she’s completed it, everyone wants to get their hands on it- including those who would use it for evil.

Le’Kisha is a Succubus, one that has come up with an invention that really is quite unique and will do quite a lot of good in the world. The problem is that some people do not want her creation to be and she becomes a target. She comes to the attention of a group who sends one of their protectors to watch over her. Marcelo comes to Le’Kisha’s aid, even if she really doesn’t want him to, and over time they both find out that what is on the surface is, as they say, skin deep.

Le’Kisha doesn’t have horns or a tail, but she has the power of a Succubus to enthrall others to her will. But she has locked that power away and for the majority of the story what she can do isn’t seen. There are hints, there is a past for Marcelo that tells of what she could do, but not what she would do. For the most part she is there on the edges of the story. She becomes the focus of Marcelo’s thoughts, and finally, she does begin to be a Succubus, if ever so slightly as the story progresses.

Eventually we do see Le’Kisha be what she can be, and that particular scene is very deliciously told here and I rather liked it. But the aftermath of that, the added depth to Le’Kisha’s story and where it leads from there makes what I feared would be less… More.

Still, the actual depth of what a Succubus is in this universe is just scratched upon and that was for me the one thing that I felt was missing. I would have liked to know more about the little details that make up Le’Kisha both in personality and in her physical being more than anything else.

Now I only have read this, the last work in the series at the time it came out, and so some of the finer points I might be missing as a whole, but as a stand alone story it does well I think. The story does focus on Le’Kisha and Marcelo and what happens to them, but there are so many other characters that come into place that at a few points I felt that the core of the story was overwhelmed by them.

Beyond that, the work is written well, the grasp of the characters and making them be clearly different is done well as a whole. The heat in the story, when it appears, is very well done, though a bit short for me and I felt like there was something missing before the epilog of the work. I’m not sure exactly what I was expecting, but somehow there was a moment between Le’Kisha and Marcelo that wasn’t there and I think it should be.

A neat mystery-adventure tale with a touch of Succubus fun within. Really that is the only problem I have with the work as a whole. We really do not see all that much about Le’Kisha as a Succubus, though her past is so lightly touched upon that I really wanted to see so much more on that by far. Perhaps, as this is a series, there might be a chance to see where Le’Kisha’s life goes from here and I really would love to know…