The Point By TeraS 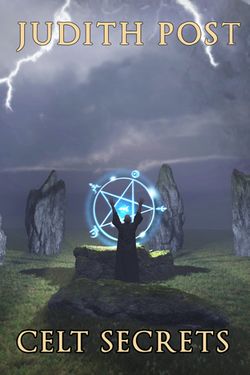 A series that I have been following is called the Babet/Prosper series by Maddy Psst. I reviewed a previous work in the series on that Tale which you can find here. It’s lovely universe where Succubi and Incubi exist among all kinds of other otherworldly beings…

A question that comes is, what would it take for all of them to work together? Could it be as simple as one’s love being threatened? In truth that is a good reason for doing… anything.

Hatchet, River City’s liaison between cops and supernaturals, has a problem. His vampire girlfriend has disappeared. Naturally, he goes to Babet and Prosper—his partner on the force—for help. It doesn’t take long before they discover that an old enemy has finally caught up with Hatchet, a Druid priest with a dark side. He took Colleen and offers to make a trade. He’ll sacrifice Hatchet in her place if Hatchet comes to him, alone, and willingly lets him bind him.

Hatchet, a friend of Prosper loves one of Lilith’s girls as they are described. She is kidnapped and through this a threat to all in the city they live in is uncovered. The question is, who or how will the threat be faced?

Just a really well written, engrossing story set in a world that really interests me a great deal. It has the lovely aspect that Lilith isn’t what you might expect her to be. More so that her girls, both Succubi and vampiric in nature, are also not quite what you might expect them to be either.

It’s also a neat touch, which I love every time I read this series, that Lilith owns a brothel, and knows… everyone. She is very powerful, and is obviously so, but does not flaunt that power in the stories she appears in. She reminds me of a certain Succubi Queen in how she cares about her family and those she calls hers. She isn’t like her myth abd that is very refreshing to me to see in any story.

There are several Succubi that appear in this work that are seen for a fleeting moment, a word or two and then pass into the background again, but their personalities stand out very well and I found them quite memorable.

While I do realise that the series is not focused on Succubi, I like that one of the central characters, Lilith, is one and is important in the way things work within the city proper. And she as a character really interests me to the point I would like to read a story that revolves around her, how she came to be where she is, and why. Perhaps sometime that story will be told as well…

I recommend this series very highly if you enjoy supernatural beings of any kind. For they all exist in this universe and are so much more than they seem…