For What It’s Worth by TeraS

A Review of The Demon in my Soul by John Dylena 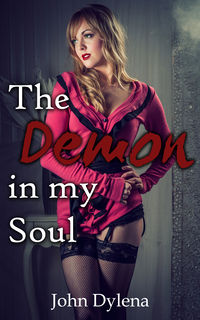 The Demon in my Soul by John Dylena

This work concludes the series with the story of:

Everything has come down to this. With his newfound powers, Raethiana has taken it upon herself to train John as things continue to deteroriate in the underground. The return of a past enemy shakes things up as the war threatens to tear apart John and the succubus Raethiana forever.

I have to say that the author has quite a lot of understatement in their summary of this work, but to be fair, it is very difficult to give a review of a work which reveals so many of the questions and mysteries that cropped up in the preceeding works. So, for the first thing I will say, it would be a terrible thing to judge this work by its cover as it were. The writing, the story, the characters all come to a point in which they are all brought to a really satisfying place.

The surprises in the second work continue in this work, but while there are some really interesting points and moments that are touched on, thankfully they are the icing on the story itself. John discovers his true self, who really matters to him and what he is capable of. I had thought of a possible conclusion for his story, which did not unfold as I thought it might. Instead the path John takes is more more interesting a thing to behold. He is insecure about many things about him, his past, and as well his connection with Raethiana. But as the story progresses, he faces many of his own fears, in both of the worlds he now lives in and by doing so becomes a fuller character with purpose.

John has, by the end of this work and the series as a whole, become something more. Someone more. He might not be perfect, and still have some issues within him, but he does know an important truth about Raethiana, about his mother, and about himself. The entire universe might be falling apart around him, but the ones that matter to him the most he will always have. I can see a path for him to take into the future which I really would love to see, but I can’t explain here. But if it would happen, I think his mother would be overjoyed that he did so. If it did happen, the implications for the world that Raethiana comes from would be telling I think.

As for Raethiana, she also finds out a truth about John, about love, about making a sacrifice that can mean losing everything but in the end she finds a way to overcome for what matters to her most of all. There is a moment in this work where the two of them face each other before everything is tested. That is her defining moment and it is one that I think says everything.

I mentioned there were secrets still to be revealed in this work, and the one about the threat to the Succubus Queen herself was quite surprising. It wasn’t something impossible or unlikely and it dovetailed quite well with John’s own path in the story. There is a mirror set against John’s life which was I thought quite right overall. It gave a thread in the work which showed quite clearly the difference between love and hate and in the end which is the more powerful in a clear way.

The climax of the work gives rise to further stories i feel about Raethiana and John. I would like to see a story about them in the far future when events might transpire for who John really is and his relationship to the demon world. The path is set out quite clearly in this work, but it does not take away from the drawing together of the threads of this series and where John arrives.

Part of that path is John coming to terms with his other self, his Succubus self. Those moments with Raethiana, when she is being taught, is learning what she can do, when she is tested to the brink, and eventually comes to find not just her feminine self but her name, which I think was a lovely touch in what it becomes, are some that will stay with me.

There are moments of passion and heat in the story which give rise to the development of all of the characters in many ways. The touches shared, the passions ignited are lovely and quite telling for all of them. John does have a moment where he cannot see the why of his relationship with Raethiana, but when he does, when he understands that it is not the form that matters when you love someone… That’s special and something I believe in always.

The moments of action are many in this work, some quite violent of course, there is a battle being fought. But in that comes heartfelt emotion, loss and pain which draws the characters together more tightly than any simple speech or words could possibly do.

There aren’t any moments that feel wrong, the storytelling is perfect, and the characters are true to who they are. That is the most passionate part of this series as a whole and it is what comes to the fore in this, the conclusion. But while it is the conclusion, it is not the end… not by any means and that makes this work even more wonderful…

This is not simply erotica and it should not been seen as such. There is so much more to this work and the series as a whole. Three books in this series I feel is not nearly enough for all of the world building that the author has done here…

I also will add that for the series as a whole, I give it five out of five pitchforks. It is enthralling, the story is powerful and in the end there is a lesson to be learned and remembered by all. It is special when such works appear and I for one can but give this series my highest acclaim and recommendations.

I have heard from the author that there will be future stories told in this universe which I do look forward to and I will be watching out for. Writing of quality should be recognized and encouraged… My best wishes to this author in their future works and more…