A Preview of Something to Come

A Review of Succubus Bites – Tasmin by Lila Shaw 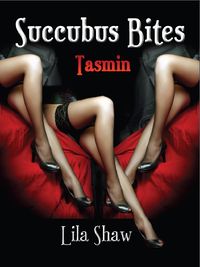 There is something that bothers me sometimes. It is something called background. Now, a lot of stories don’t have that. There are the occasional ones that do and when it is there, then I expect the story to be… interesting.

I don’t want anything more than a Succubus that I can like, a story that I want to read and, if at all possible, at the end of the story I’d like something good to happen. I don’t often have that happen, really it is a rare thing overall. It is more disappointing to me when an author, who I know can write delicious Succubi, writes one that I… well… I’d like to pitchfork… repeatedly.

Tasmin lives in a post-apocalyptic wasteland where the few survivors must fight for scarce resources. Picked up as a hitchhiker, she makes a deal with her opportunistic savior; only a starving succubus is not always capable of reigning in her appetite.

Tasmin is a Succubus in trouble. She needs to feed, and with the entire world around her just about wiped out, that’s a difficult thing to do. Alone and desperate, she encounters someone who offers what passes for help in this world. The problem is that Tasmin is desperate and desperate Succubi do desperate things…

I have to be blunt and say that Tasmin is coldhearted and cares only about herself and no one else. She sees others as simply a means to survive and not much else of them of worth. Her goal is to survive and leaving a trail of death in her wake is, at least to her, just part of being a Succubus and nothing more.

While some of that is a reflection upon the time she exists in, and I understand that, the problem for me was that her thoughts were focused on her feed, how to get it, and not much else. And even afterwards her attitude is… well… it left a bad taste to me in her words and actions.

I have read other works by this author, and overall I have enjoyed all of them very much. This story just didn’t do anything for me. There was a darkness ingrained into every character, every scene, every moment, that sucked the life out of the story. While that again is a reflection upon the world Tasmin lives in, I need some balance in the story to enjoy it and I didn’t see any of that. Tasmin is simply a stereotypical Succubus out to feed and that is her entire existence. I find that kind of character to be one-dimensional.

Ross, the other character in the story was somewhat more interesting. I would have liked to know more about him, but that just didn’t happen for the rush to get the two of them into bed together and have what happens… happen.

While I didn’t like the story as a whole, the background of why things are the way they are, some of the background characters that are mentioned, and other little touches were interesting in their own right. The most interesting part of the story was, at least to me. a little quote at the beginning about Succubi and their diet. I have to admit that it made me smile and perhaps that is the problem here.

I expected one kind of story and I read something else. Personally I would have liked to read more about that quote and the author of it than the story that followed… That I think is the biggest shame.

While the work is well written, there is depth to the words, favour to the conversation and more, it isn’t enough for me to like it as much as I had hoped I would.

I just really did not care all that much about Tasmin, or for that matter Ross. I didn’t care for her attitude, how she acted or what her reaction was at the end of the story. Yes it is a mess of a world, yes it changes beings and not for the better either. However darkness without light in it makes for a story that I cannot enjoy.

That might be my personal fault, but I expected something better.

The author notes elsewhere that this work connects to a larger work of theirs called Succubus Bites, an anthology of Succubus stories they will be releasing in the near future. I hope, more than I can say, that the balance of the works in that collection are more in tune with this author’s other writings… This particular story just didn’t have much soul in it…

And isn’t that what all stories about Succubi need?