A Review of Lilith by Parker Heimann 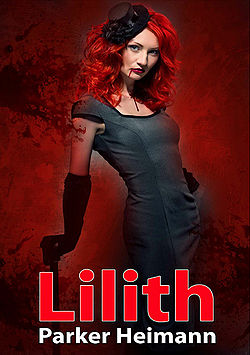 Lilith is, of course, a prime subject for authors that write about Succubi…. and I understand why that is. What I don’t quite understand is why the being she is must be hidden beneath layers of darkness and horror. It’s more frustrating when she appears to be a very interesting character and then just… isn’t.

When Harold visits a bar downtown looking for his brother, he ends up with more that he bargained for. Living a lustless marriage, he then meets Lilith near closing time at the bar. Harold is fascinated with this beautiful women that seems welcoming to his stares. Lilith offers Harold a night not to forget. It is hard to resist when she is so beautiful and welcoming. He has never felt this way before, and he may never feel this way again…ever!

The thing about this story is that, regretfully, there is a layer to it that is hinted at, but is enveloped within a rather, at least to me, expected story. By that I mean man meets Lilith, Lilith entraps man, destroys him, laughs and carries on.

That does not interest me. I’ve read this story before with many variations in it, but it is the same three parts to the story and not a lot else. There is one redeeming quality to this story and that occurs at the end of the story.

I won’t go into details about what that is, but this one part of the story revealed something that I didn’t expect in it. The problem with that is the story comes to an end just as the realization of what the story’s characters are, and who they are, and more importantly where they are.

It made me pause and reflect on the story as a whole and then… it ended.

Which brings me to the cost of this work and the length of it. Again this is a very, very short work. A story of three acts, not much more than ten pages in length. I’m sorry but the author could have continued this story further as they hinted to at the end of the third chapter and that continuation I believe would be very interesting. The story could be triple the length it is, it could have been more than it is… but it isn’t.

Turning to Lilith herself, she is more entrapment than seduction, more evil and horror than anything else. This is a theme that seems to attract writers to her for various reasons, but it is not a good reflection on Lilith herself. She is so much more than just these facets that authors place upon her and someday I’d like to see that be the core of a story with her in it. It might even make for a far better story overall…

One final point. The cover here reminds me of another work that I reviewed on the Tale some time ago which you can find here. It is not the same image of course, but it seems to be from the same series of images. That bothers me and it has in other works as well because it just makes me feel like not a lot of thought went into the cover which, sometimes, means that not a lot of thought or effort went into the work itself.

In this case, there is a good deal of work placed into the underlying story, the characters have their merits, and at the end of the story there is more than is wanted to know. But it is much too short, too brief and that’s a shame…

Too short… again. But most of all, hinting at a layer of the story which is a fascinating thought and then not going anywhere with the concept? That’s disappointing… Perhaps the story will continue… Perhaps not…