Yes, it is a YouTube of a Succubus, but otherwise?

A Review of the series called Metamor City

Some time ago, I found an interesting podcast called Metamor City, and while that was interesting to listen to, it was more interesting to me when I discovered that there was a series of books that were released about the series. They contain some of the podcast stories, more or less, and otherwise add to the overall universe that was created. You can find the Metamor City Website and Podcast here.

I will be reviewing four books on the Tale today, all of which have a Succubus or Incubus connection to them from the series, though there are others that I will not be…

The First Work is: 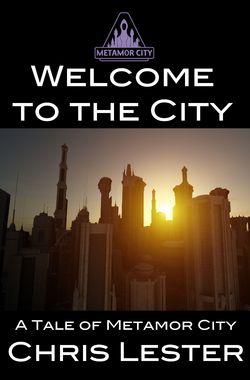 Metamor City: Welcome to the City

Rookie cop Michael Perelli begins his first day on the job in Metamor City, a glittering and glorious place where the buildings rise as high as mountains and magic and technology intertwine. But not everything is beautiful in the Jewel of the North, and as veteran detective Kathryn Kitaen shows him the ropes, Michael begins to wonder if he’s in over his head…

Michael arrives in Metamor City and starts his first day of work as a Homicide detective, and he learns some of the good and some of the bad that will occupy his life.

The story is an excellent introduction to this world, how it came to be, how things work, how they don’t and some of the beings that exist there. Through his tour, Michael is told of some of the more exotic beings that exist in the city, meets a few of them, and in the end gets involved in something that could lead to other stories for him.

There is a brief mention of Incubi and Succubae, as they are called in this series in the plural form. What is more telling is that, at least for the law in this world, is that they are seen as being, if not evil, then undesirable. Also, what is interesting is that people can be “cursed” and become creatures like these.

It would be interesting to see a story about this, but this work isn’t of that. It is an info dump hidden within a day in the life of a newcomer to the city. Personally, I think this is an exceptionally good idea and I will have to remember it for my own use sometime…

The Next Work is: 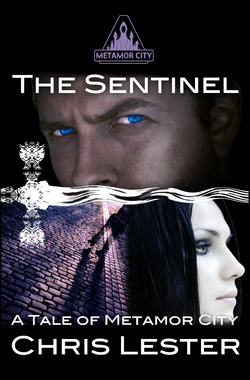 Agent Janus Starson is the regional field commander of the Lothanasi Order, an elite international law-enforcement unit tasked with protecting mortals from supernatural creatures. In the line of duty he has slain demons, faeries, and monsters of every description — but when the search for a missing girl leads him to the lair of a powerful succubus, it may require a more delicate approach.

A child has gone missing in Metamor City. One of the authorities, known as Starson, is in search of her. After getting a lead, he discovers that the child has found refuge in what he thinks is a typical den of Succubi. But he is wrong. They are not typical, and the Succubus that leads them is more than he can understand.

There are really only two main characters in this work, one, named Starson who is arrogant, cares only for himself and the power he yields. I really didn’t think much of him, his actions, or his reasoning most of all.

And that is really how the Succubus in this story, Isri Fallon. Oh how I love her so very much. She needs no horns, or tail, or to look anything like that what Succubi are told to be. She is herself, and in being that she reminds me of myself. Well read, well experienced in life and morals, she is nothing like the typical Succubus that she is expected to be.

So very much like the Succubus me in fact that I really took pause when she appeared in the story and took complete control of it. She does not speak in words of force, but intelligently, in a way that attempts to teach Starson that his attitude and beliefs are not as they should be for all that he does.

It is a lesson, a good, clear, strong lesson the he however completely misses which, considering his personality, was not a surprise.

This is not a piece of erotica, it is a lesson of the taking of power is not the same thing as the wielding of that power. He is loud, she is quiet. He is overbearing in his actions, her words speak loudly and her actions simply reinforce who she is.

If he is supposed to represent the light in this city, that light is dim and coloured unlike the purity of Isri’s actions here. The purpose of one’s actions should be for the better of those that have no power. A lesson that Starson never seems to see for being important.

Really well written, I enjoyed the story immensely. The house of Succubi is lovely and seems very much like that my Succubi self would want to have. And the one other Succubus that appears in the work, while a bit more ill tempered, is young and will learn eventually I am sure.

Would have loved to know more about Isri, but otherwise a wonderful tapestry of a tale… 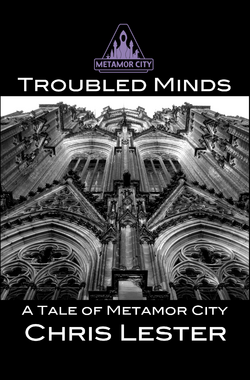 Students are dying at St. Theresa’s, a school and halfway house for wayward girls on the Street of Metamor City. Abbey Preston is visiting the school, seeking relief from the terrifying visions that have been plaguing her. Is something supernatural at work, or is it all in Abbey’s head?

Abby arrives at a home for young girls that have been thrown away by their families, by society, by everyone. All that is left is the church that welcomes them. But within this home, there is a terror, and it has, and it causing many of them to kill themselves. Perhaps Abby will be next or will she find the way to stop what is causing the terror within?

An amazingly well done story, wonderfully written, riviting characters and a storyline that from the first to the last is both mystery and self exploration for many of the characters in the story.

One of them, Jenna, is said to be a teifling… but she is, in fact, a Succubus. She has horns and a heat tipped tail and all of the looks of a Succubus, with the power to match. But, and this is why I like her a lot, she is struggling against her own nature to be more than what the world expects her to be. She feeds yes, but she does not kill or harm others and that’s an important point to her.

I won’t spoil Abby’s secrets, or what is behind the deaths, but the reasons make sense, the means to solve the problem is well thought out, and in the end, when the moments come where Abby and Jenna for that matter must make a choice, you care about that choice. That is the mark of an excellent storyteller.

The writing was excellent again in this work, but I have to say that I wished to learn as much about Jenna as we eventually did about Abby. Now, the story is, really, about Abby so that wasn’t likely to happen. Still I have many questions about Jenna and would have liked to have more to read about her… Or another work with her alone would be nice.

Really liked this story, wanted more about Jenna, but otherwise a wonderful read…

The Final Work is: 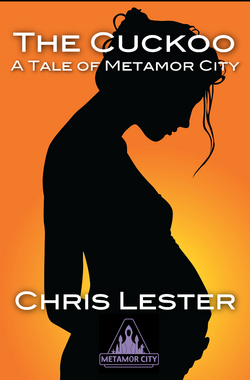 John is an incubus, chosen by the Goddess of Lust to seduce new and wealthy converts to the cause of Hedonism. So what happens when the incubus unexpectedly falls in love with his target?

John is an Incubus, one of the best of his kind. His kind have placed him on a mission, but what happens when that mission becomes lesser to something so much more important?

I think that this work is the best one of all. There is so much to like that it’s hard to decide where to begin exactly. The society of the succubi and incubi is well established, the leadership, the beliefs, the personalities are all wonderfully displayed.

While there is a lot of politics in this story, they both are a boon to the work and somewhat hold it back from being something more. Or at least until John realizes something he thought he would never experience and that changes everything. While the politics of this world return in force at the climax, they are more than esoteric. They bring a realization of how this world is not always black and white but shades of grey. The grey being not just in those that are changed and other in nature, but also to those that call themselves “simply humsn.”

I liked that John has aspects of the classic incubus in him, but no hooves which I was very thankful for. It also was interesting that he could shift between his male form and female forms as well.  It was an aspect of the legend of succubi and incubi that isn’t seen much and I was quite pleased to see it here.

The most involved, detailed, descriptive piece of writing in the series and one that I recommend for those that like a story with intrigue, a plot that stays true from beginning to end, and characters that are very real and that you care about, this work succeeds.

Well enjoyed and recommended. My only wish would be another story about John and the succubi and incubi society he exists within.

Overall, there is a lot to like about the Succubi and Incubi that appear. It’s a shame that there isn’t more of them to be seen, but of course the series is about the City and not about the characters that I care about.

Liked the series, and I will keep watching for more stories that interest me  and listen to the Podcast…