A Pair of Horns does not a Succubus Costume Make…

To be the first is special… Between immortals, that is even more so…

By BStyles and Tera S

Tera’s lips quivered a little at his admission that she was the first. In a husky voice she answered, “Then we will have to make unforgettable won’t we?” When he admitted to being a bit lost in the moment she smiled and said, “That’s fine Martin… We’ll just go step by step then…”

She slipped a hand between their bodies and gently rubbed her hand along his waist. Slowly she moved along his hips with her fingers making him shift slightly and then her hand cupped softly to cover his rod, beginning to massage him slowly.

As she did so, her lips moved to kiss and suck on the skin of his chest adding to the sensations she was giving him. She moved back slightly to whisper to him, “First we need to build the warmth we are sharing into a flame of love and contentment. Not lust, for that would be unfair to you….”

Her breasts pressed against him, the hardness of their nipples making little shocks of pleasure pass into both of their bodies as she rubbed them against him. She rubbed her pussy against his thigh a little harder, the heat from her passing into him. But she was so very careful as she did all of this. In her mind she knew where the line was for them both. She wouldn’t pull him from the light into the darkness. That would never do. This wasn’t about the dark side of passion and lust… This was about the beauty of a moment shared in love and caring.

That was the most important thing to her…. Always….

Love is, in the end, something that all beings do understand… 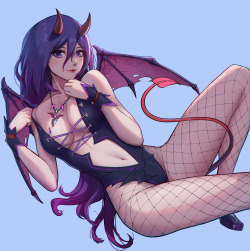