Succubi Image of the Week 290

A Review of Just A Taste by J.C. Holly 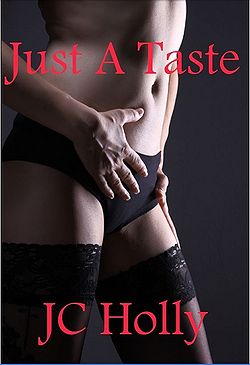 Just A Taste by J.C. Holly

What does it mean to be a Succubus? It is simply the sex? The means to have that from anyone, anytime, anywhere? I don’t believe it is. No one thing defines any one person, or being, or kind of being. What does define them is who they are when all of the other descriptions, all of the things that they seem to be, are taken away and all that is left is their soul.

And then the question becomes, is that then what they truly are?

Jenna is a succubus, a creature that feeds upon lust and sexual energy. And she’s good at her job. Who wouldn’t be after 700 years? When Terry tries to pick her up in a bar, she takes him back to her place for a night literally straight out of his dreams.

A hot flash about a Succubus named Jenna who takes a man back to her place and then fulfills one of his fantasies in order to feed from his sexual energies. Overall that is an interesting start to a story, but the problem becomes that the story suffers for getting to the sex to be told.

Jenna is, most certainly, a Succubus, though there are no descriptions of horns or a tail to tell that for certain. Still, the author describes her as a Succubus, she feeds from sex, and she has the ability to make dreams real. She has obviously been a Succubus for some time as the use of her powers is barely an distraction to her. I thought that her casual attitude was interesting, though some more background on her past would have been nice.

Jenna treads the line for me. On the one hand there is a history to her which is hinted at, but we learn nothing of it really. Then we have her performing all kinds of sex acts on her prey, but there isn’t a lot of heat in that for her and her attitude shows that.

The writing is good, nothing in the story really took me out of it, though I wanted more than this little moment. I suppose that makes the title quite apt really…

More story, because there are things to tell, and it would have been nice to see that.